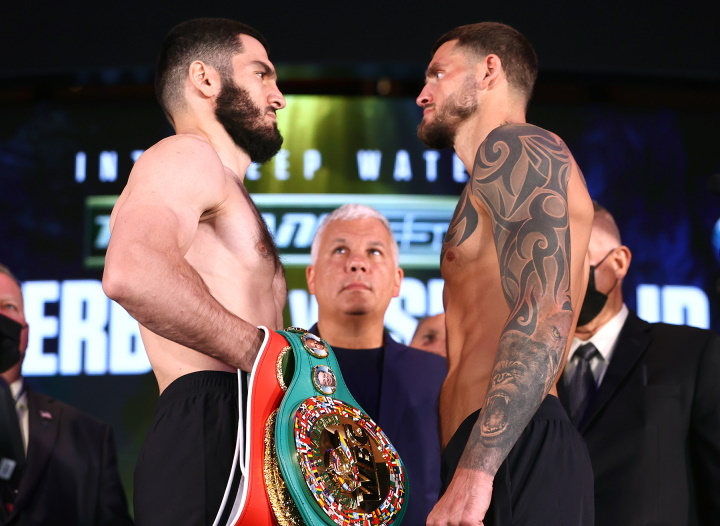 If you were looking for a boxing fight to sink your teeth into and get excited about, then there is one that is right around the corner that will certainly get the blood following and your adrenaline running.

Indeed, if you take a look at the fight coming up this weekend, the clash between Artur Beterbiev vs. Joe Smith Jr. on Saturday, Jun. 18, is one of the biggest to have taken place in recent months.

Set to take place at Madison Square Garden in New York City, there is a lot that can happen between these two incredible boxers, with both of them having plenty on the line and plenty to try and achieve once they touch gloves inside the ring.

Let’s take a look at why Beterbiev vs Smith Jr. is one fight fans will not want to miss when it takes place imminently in the Big Apple!

Artur Beterbiev vs Joe Smith Jr. | Light Heavyweight Unification Bout
One of the many reasons fight fans will want to ensure that they are able to watch the fight between Beterbiev and Smith Jr. take place is the fact that it is a bout that will look to unify the light heavyweight division.

The contest on Jun. 18 will see the WBC, IBF, and WBO light heavyweight championships are put on the line as the two boxers clash, with the contest scheduled to go for 12 three-minute rounds. Naturally, if one is able to stop the other before the allotted time, then the fight will come to an end.

The fighter is currently boasting a 17-0-0 record and will enter the boxing ring as the current IBF and WBC light heavyweight champion. He managed to claim the IBF title back in 2017 and has held the WBC title since 2019. He will be looking to try and obtain the WBO championship belt to his collection as he aims to continue his emphatic career. If that was not impressive enough, though, in each of the 17 contests he has been involved in, he has never needed the full bout in order to win as he has always managed to force a stoppage in some shape or form.

Smith Jr. is no slouch, though, when it comes to competing in the ring, with the Long Island native being as equally impressive throughout his professional boxing career to date. Whilst his record is not as clean as Beterbiev’s, the American does hold a 28-3-0 record.

He is the current holder of the WBO light heavyweight championship belt and has had it since 2021 and has been in good form since his last defeat – a contest against Dmitry Bivol; a boxer who recently upset Canelo Saul Alvarez. Smith Jr. has managed to win four fights since that loss, with two via stoppage and two via decision.

Beterbiev Expected to Dominate
Unfortunately for Smith Jr., that recent form does not appear to count for too much, with a number of fans and sportsbooks appearing to favor Beterbiev to win the fight and extend his record to 18-0-0 at the Madison Square Garden Arena on Jun. 18.

Indeed, fans who are fortunate enough to be able to attend the fight live could look to take advantage of the available odds at Caesars New York sportsbook, as could those who are based in the Big Apple as sports wagering has since been made legal.

Punters who are interested in placing a wager will be able to find that Beterbiev is priced at -800; a price that makes him an overwhelming favorite to win the light heavyweight unification bout. Those who might fancy a big upset and want to back Smith Jr. can currently find a price of +550 being offered.

Clearly, there is a lot of attention, focus, and expectation regarding the Russian-Canadian fighter for this fight, and it would not be a shock if we were to see him come out on top on Jun. 18; especially when you take into account that he has never had to go the distance in his fights.

Who has Beterbiev Faced Thus Far?
The 37-year-old has been incredibly impressive throughout his professional fight career, with a number of impressive results having been racked up since he made his debut in the ring that has helped him climb the light heavyweight rankings.

If you go through his fight record, you would find that he very rarely needs to go beyond the halfway stage of a contest, seemingly being very comfortable at getting the job done in the early rounds of each fight he competes in.

This should cause Smith Jr. some concerns, as we know he is a boxer that has started to go the distance in some of his more recent fights. However, if you were to look at his record and the method of victory from his earlier fights, then it would show that the American can pack a powerful punch as he has stopped a handful of opponents as early as Round 1 and Round 2 semi-frequently.

What should We Expect on Jun. 18?
Whilst boxing is a sport that can provide us with a number of shocks at times and form can go out of the window as it will depend on the fighter on the day, it is extremely difficult to look beyond Beterbiev at this moment in time.

We would fully expect the Russian-Canadian to be able to claim the WBO light heavyweight championship and add it to his IBF and WBC title collection. If he does this, it would be difficult to see anyone in this division taking those belts away from him, especially if he is able to put in a powerful performance at the Madison Square Garden Arena on Saturday, Jun. 18.