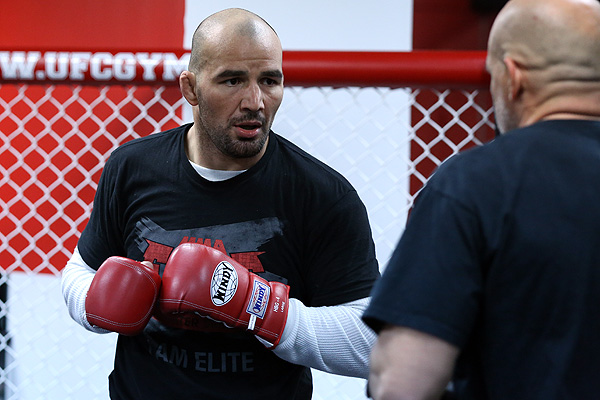 Top 5 Contenders For The UFC Light Heavyweight Championship in 2022

In Oct. 2021, Glover Teixeira won the UFC light heavyweight championship for the first time at the age of 41. This victory made him the oldest first-time champion and the second-oldest UFC champion, only behind Randy Couture. With Teixeira not getting any younger, many are wondering how long he will be able to defend his title if he is able to do that at all.

If you enjoy UFC betting, but have no clue what is going to happen in the light heavyweight division this year, then let this article be your guide. Today, we will be looking at the current champion and the men who could possibly depose him this year.

Current Champion: Glover Teixeira
As mentioned earlier, the current champion ia Teixeira. He won the title in October last year and has not defended it yet. He was scheduled to fight Jiri Prochazka a coupel weeks ago on May 7, but the UFC delayed the fight until Jun. 11 for undisclosed reasons.
Advertisement

The last time Teixeira lost a match was in 2018 when he was beaten by Corey Anderson, who recently fought for the Bellator light heavyweigh title. Since then, Teixeira has beaten Anthony Smith, Ion Cuțelaba, Nikita Krylov, Thiago Santos, and Jan Blachowicz for the title.

Jan Blachowicz
Blachowicz is currently the top-ranked light heavyweight contender in the UFC. Being the last person to fight Teixeira, it seemed unlikely that he would fight him again this year. However, after beating Aleksandar Rakic last weekend, those prospects are looking up.

Blachowicz had won the title in 2020, and defended it once against middleweight champ Israel Adesanya, before losing it to Teixeira. Whoever wins the championship bout next month could likely be Blachowicz’s next opponent.

Jiri Prochazka
Prochazka is currently the second-ranked light heavyweight contender in the UFC. He is one of the most successful fighters in the division with an overall record of 29-3. He has not lost a fight since 2016, and is the former RIZIN light heavyweight champ.

As previously mentioned, Prochazka will fight Teixeira for the title in a few weeks. Should he win, he will most likely attempt to defend the belt before year-end.

Aleksander Rakic
Rakic is currently the fourth highest ranked Light Heavyweight fighter in the UFC. With a record of 14-2, he stepped into the cage with Blachowicz last weekend for a title eliminator bout, but lost the fight by TKO, when he tore his ACL in the second round. While a win would have put him next in line for a title shot, the injury will likely keep him out for the remainder of the year.

Despite his injury, Rakic’s only previous loss in the UFC was a split decision to Volakn Oezdemir. However, after that loss, he held back-to-back wins over top contenders Anthony Smith and Thiago Santos. Before becoming an MMA fighter, Rakic was a boxer and had over 40 matches under his belt back in Austria. He also spent some time as a kickboxer. Once he is back, he will likely be ready to get back into the title hunt.

Magomed Ankalaev
Ankalaev is currently the fourth-ranked light heavyweight contender in the UFC. He currently is 17-1 in his MMA career. His last loss was in 2018 against Paul Craig in his UFC debut. Since then, he has won eight in a row, with his last win coming over the aforementioned Santos.

While Ankalaev has a better record than some of the other top-five fighters in the division, it is less likely that he will have a title fight this year. Blachowicz has made a case to attempt to get his title back, and Ankalaev is scheduled to face Anthony Smith in July. He has been slowly been making his way through the list of top competitors in the division, and a spectacular win over Smith might get him to jump the line.

Anthony Smith
The final man on this list is Anthony Smith, currently ranked fifth in the division. After making a move to 205 pounds in 2018, he made a hard charge toward a title shot. In 2019, he fought Jon Jones for the title, but lost that bout, and he struggled to gain momentum. After a crushing loss to Teixeira and a decision loss to Rakic, he has finally come back with three finishes in a row.

Smith will face Ankalaev in July, which will be his toughest test in years. However, a win over the Russian will put him right back in line for a potential title shot in the next year.