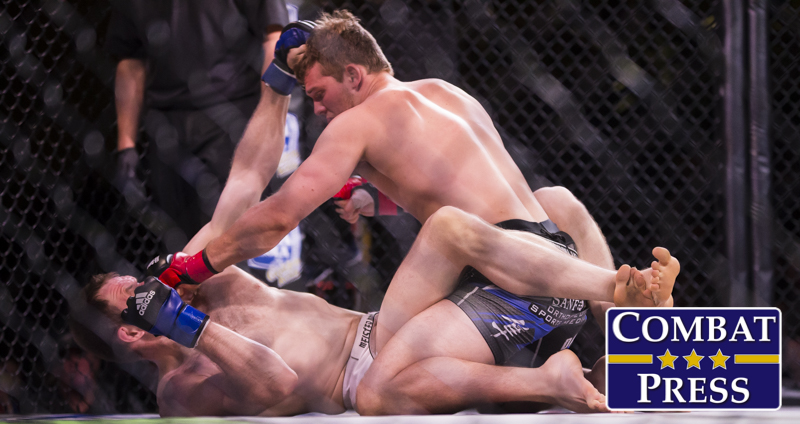 Bellator MMA returns to the Mohegan Sun Arena in Uncasville, Conn. on Saturday, Feb. 19 with Bellator 274: Gracie vs. Storley. The card currently has 13 fights that feature the best prospects on the roster. From top to bottom, Bellator 274 has the potential to be one of the best fight cards of the year while displaying their homegrown upcoming talent.

In the headliner, world-class grapplers Neiman Gracie and Logan Storley look to get one step closer to a title shot. The Gracie family has stood out in MMA for decades due to their evolution of Brazilian jiu-jitsu. Although some Gracie’s have struggled to find success, Neiman has been phenomenal since joining Bellator in 2015. At 33 years old, Gracie still looks to complete his ultimate goal of becoming a Bellator champion.

On the other side, Storley has found tremendous success in MMA since wrestling at the University of Minnesota. He is primarily a wrestler who sticks to his specialty and grinds out his opponents. Unfortunately, Storley has failed to evolve as a fighter, struggling to dominate the tougher competition. He now has the chance to beat a top-tier opponent in Gracie and make his argument for a future title shot.

In the co-main event, welterweights collide as Andrey Koreshkov takes on Chance Rencountre. Both fighters are on a two-fight winning streak with the chance to boost themselves in the rankings. Before the main fights go down, the rest of the card features top prospects, including Davion Franklin, Jaylon Bates, Aviv Gozali, Jordan Newman, Justin Montalvo, and more.

The Bellator 274 preliminary card kicks off at 6 p.m. ET live on YouTube or can be viewed by clicking the picture above. The main card will follow on Showtime starting at 9 p.m. ET. Check out the full preview and predictions below.

World champion jiu-jitsu player Neiman Gracie meets All-American wrestler Logan Storley in the main event; does this fight turn into a kickboxing affair with both men cautious of grappling with the other? Who ultimately gets his hand raised?

Gracie and Storley have made a name for themselves in Bellator, but they both need to reach their shared goal of becoming a champion. Both fighters come in winning their last fight and are currently ranked in the top five. With a win at Bellator 274, either fighter could be one win away from a matchup against the champion Yaroslav Amosov.

If the fight goes to the ground, anything can happen. Storley brings the freestyle wrestling skills, and Gracie has unbelievable BJJ. As stated in the question, matchups like these tend to counterbalance each other and end up as a striking affair. Although this is a possibility, Gracie’s advantages striking should force Storley to initiate grappling at some point in the fight.

Storley is a solid fighter with the potential to be a title contender, but beating Gracie will not be easy. The best chance for Storley to win comes from being on top and dominating with ground-and-pound. Although Storley’s wrestling can be effective against anyone, Gracie does have his BJJ to work out of any situation on the ground.

Meanwhile, Gracie has evolved his striking and may showcase those skills if Storley keeps the fight standing. Other than a gritty decision win, Storley could struggle in this fight. Gracie has fought better competition and continues to pull new tricks out of his sleeve. Gracie will most likely control the pace and finish Storley in the first three rounds.

At 31 years old, Koreshkov has had an outstanding MMA career that featured a Bellator title and a win over Benson Henderson. After winning his last two fights, Koreshkov now looks to make his way back to a welterweight title shot. On the contrary, Rencountre continues to reinvent himself after parting ways with the UFC. The winner of this matchup could suddenly find themselves ranked in the top five.

Koreshkov has a fighting style that is tough to beat. He is durable, accurate, and overwhelms his opponents with volume. Meanwhile, Recountre is well-rounded, but most of his recent finishes came from submissions. The difference in this matchup is best explained by where each fighter is currently at in their career.

After parting ways with the UFC, Recountre rejoined the regional scene, where he picked up wins over opponents with a combined record of 27-25. On the contrary, Koreshkov has continued to fight solid talent, with his last win coming over Sabah Homasi. In conclusion, Koreshkov is in a better position in his career and should overwhelm Recountre before ultimately getting the KO/TKO.

Both Georgi Karakhanyan and Adam Piccolotti are both coming into their showdown off of a loss; which man gets back on track when they square off?

Georgi Karakhanyan enters his 45th MMA fight against Adam Piccolotti. Both fighters are coming off a loss, which is not a surprise due to their inability to put together a winning streak at this point in their career. With that said, the experience and need for a win should lead to two warriors going to battle.

Karakhanyan vs. Piccolotti has a contrast in fighting styles. Piccolotti tends to take things slow and make sure he doesn’t make many mistakes. Karakhanyan tends to pressure his opponents and always looks for the finish. The name of the game will be distance management.

The sleeper matchup at Bellator 274 is between Corey Samuels and Justin Montalvo. Both fighters have a lot of momentum from their last fight and look to use it to their advantage. Last time out, Samuels was a massive underdog against former NCAA Division I wrestler Isaiah Hokit. Samuels ran out and stunningly finished Hokit with a 10-second knockout.

Meanwhile, Montalvo made his Bellator debut last time out, winning by a decision to advance to 4-0. Montalvo also went 3-0 in 2021, setting him up for success in 2022. Going into Bellator 274, both fighters have the confidence that could lead to an all-out war.

If this fight stays standing, somebody is bound to get finished. Samuels loves to pressure, and Montalvo is great at adapting so he can make adjustments. As soon as the fight starts, expect both to be looking for the knockout. Neither fighter tend to spend much time on the ground, so don’t blink because this matchup should end in an early finish.