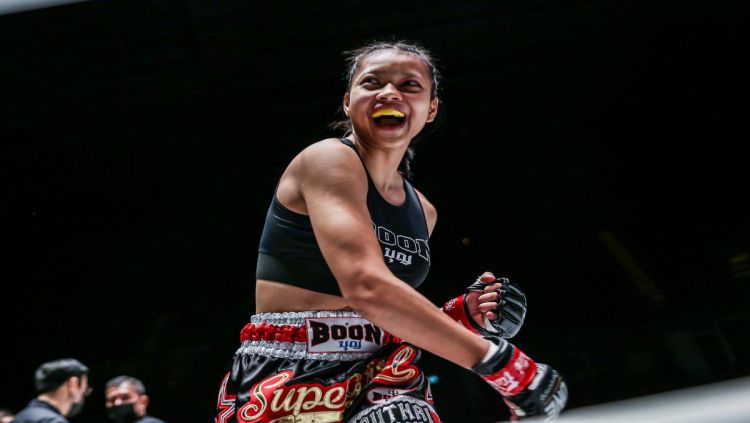 ONE Championship is set for its first event of 2022, with a stacked lineup at ONE Championship: Heavy Hitters, which airs live from the Singapore Indoor Stadium on Friday, Jan. 14. The event will feature a ONE strawweight world championship bout at the top of the bill, as “The Panda” Xiong Jing Nan defends her gold against Japan’s Ayaka Miura. Along with this title tilt, a full slate of amazing battles will take place.

Here are three reasons to tune in for ONE’s explosive first show of the new year:

Khabib’s Protégé Debuts
The age-old battle of Russian grappler vs. American grappler will continue, as Saygid Izagakhmaev makes his promotional debut against James Nakashima. However, the bout is made even more intriguing given that Izagakhmaev is one of Khabib Nurmagomedov’s top students, and the MMA legend will be in his corner on the night.
Advertisement

In an already stacked lightweight division, Izagakhmaev’s addition adds even more talent. Nakashima’s success shouldn’t be forgotten, though. The former University of Nebraska wrestler had an undefeated run, which led him to a title shot in the welterweight division.

In this bout, we will get to see Izagakhmaev’s true talents, how Nakashima responds to adversity, and get a winner who’ll be right in the mix of the division’s upper echelon. A high-stakes debut and a must-win match make this meeting unmissable.

A Strawweight Upset?
“The Panda” Xiong Jing Nan has defended her ONE strawweight world championship each time she has stepped foot in the ONE Circle. Now, enter Ayaka Miura.

Against Michelle Nicolini, Xiong shut down the grappling exchange. But Miura is different. Her elite judo skills pose more potent issues than those Nicolini brought to the Circle. Fans are bound to see more action against the cage, and Miura will surely take advantage if she manages to get the action to the canvas.

So will this threaten the champion’s reign?

History is on the Chinese sensation’s side, but everyone’s time comes – sometimes when they least expect it. The unassuming Miura has all of the skills to take home the gold, and the possibility of a division-shifting upset adds a little spice to the main event.

Supergirl’s Biggest Test To Date
If 2021 was the year of Victoria Lee as the teenage sensation of ONE, 2022 could be Supergirl’s time to take center stage.

The Thai star will make her second walk on the global stage to take on veteran striker Ekaterina Vandaryeva in the main card, with heavy implications in the strawweight Muay Thai division on the line. Supergirl’s dynamic minute-long debut put her on the map, and her second outing gives her the platform to become a contender.

The Marrok Force MMA representative is undoubtedly a special talent, but we’ll see if she is already hit her peak when she faces a much more experienced opponent. If she overcomes the Belarusian star, massive battles await in what could be a jam-packed year for her.

ONE Championship: Heavy Hitters airs on YouTube at 5 a.m. ET on Friday, Jan. 14.