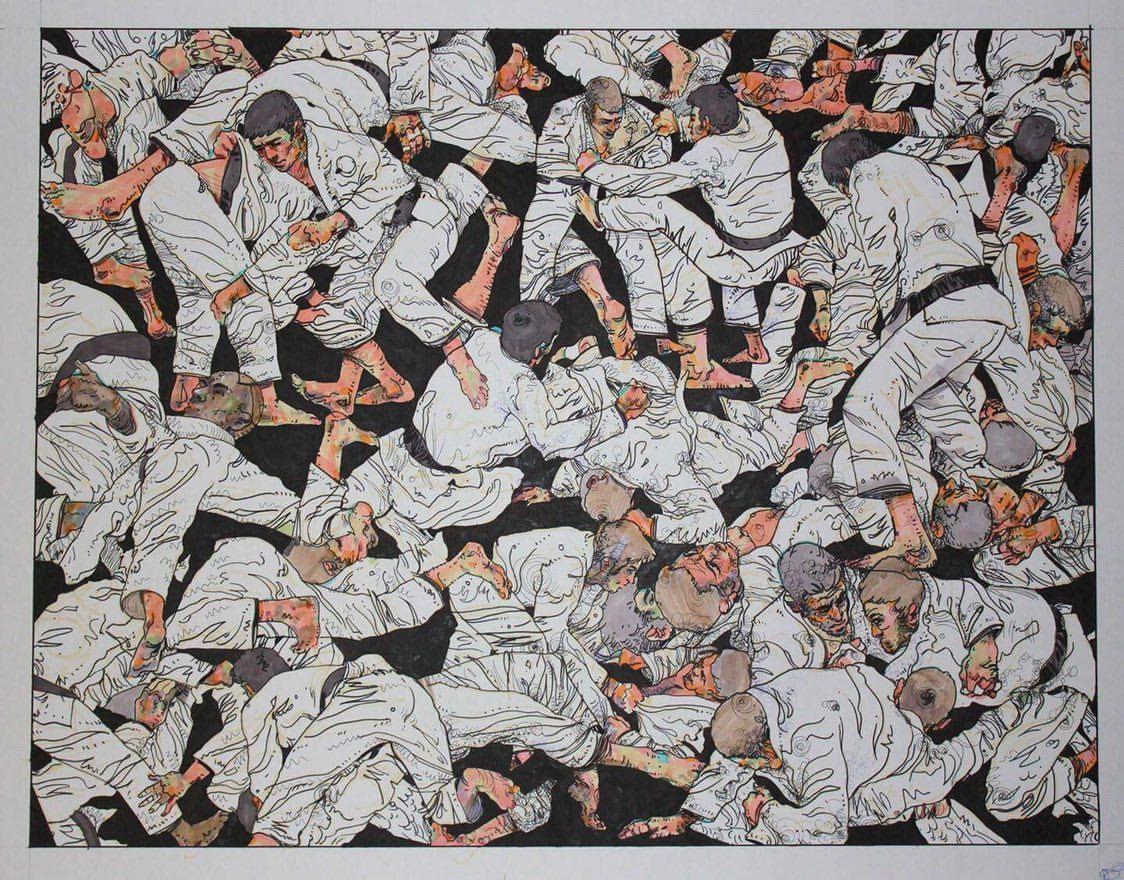 The Quiggin’ Out MMA Podcast is back for Episode 49 with Brazilian jiu-jitsu black belt and actual mixed martial “artist”, Phillip Lietz. Lietz is someone Matt came across specifically for his artwork. His jiu-jitsu drawings are so full of life and accuracy, when it comes to the positions and grips that he depicts. It wasn’t until after a few conversations with Lietz did Matt realize he was as a black belt. This was a rollercoaster of an interview. Lietz talked about his passion for reptiles and his job as a herpetoculturist. They discussed the hierarchy of rolling with higher belts, specifically asking black belts to roll and the differences he has experienced from gym to gym. Lietz is a wealth of knowledge in many facets, and it truly was fascinating getting a different perspective that may turn some heads.

Editor’s Note: There was a rare internet outage in the middle of the show. Matt was able to edit out most of the dead air, but there is a comment about the dead air that won’t make sense in context.

Don’t forget to head over to EpicJitsTees.com and pick up a Quiggin’ Out MMA Podcast shirt or any of the amazing designs available. Also, a special shout-out to La Barba Cubano for supplying some amazing beard oil, @Tim_MakesKnives on Instagram, Fat Boy Jiu-Jitsu and Bertsos Bakeshop for making some delicious treats.

As always, feel free to comment below or send feedback about the show to @QuigginsMMA, @QuigginOutMMA or @CombatPress on Twitter. The video is also available here