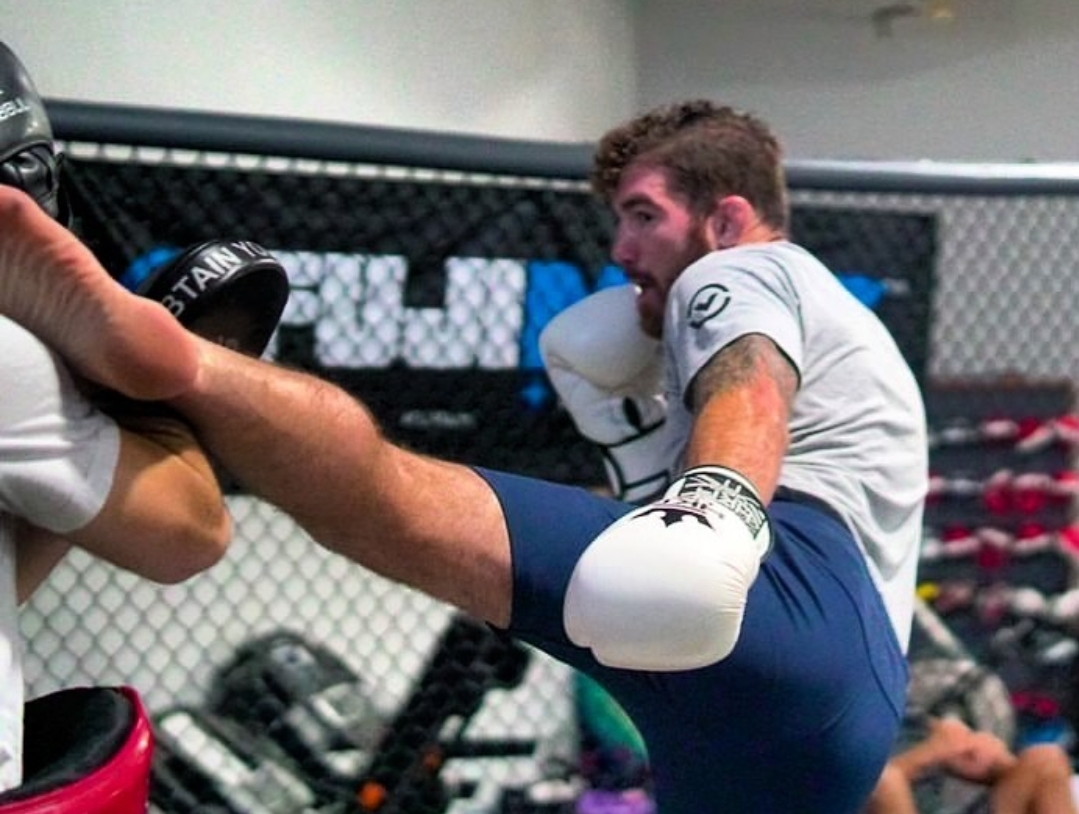 There are a ton of top Russian prospects, as the country continues to churn out stud after stud. One of those fighters whose name does not get tossed around as much as it should be is Abdul-Rakhman Dzanhaev, another Berkut FC rep who is dominating the Russian regional scene.

The ACA roster member has a combination of good striking and strong wrestling. It seems to be the calling card of many of the fighters hailing from his area of the globe. The Chechen is riding an impressive four-fight winning streak, including his two wins in 2021. He opened the year with a dominant decision over Cleber Souza. He finished the year with a huge win over Artem Frolov, who is similarly a top middleweight prospect in the game right now, as well as a two-time participant of this list.

Dzhanaev is another guy with an impressive resume that includes UFC veterans such as Alex Garcia and Clifford Starks, so he’s obviously a guy ready for the top level.

Josh Fremd came into 2021 as a top middleweight prospect that was thought to be a shoo-in for the UFC. And although he took a loss in the calendar year, Fremd has bounced back and proven that he is still a guy that the UFC should be pursuing for their middleweight division.

Fremd makes the list for the second year in a row because of his potential and style. The Factory X Muay Thai fighter is a striker himself, obviously. And, despite the fact he did in fact lose in 2021 to Gregory Rodrigues in an LFA main event, it was a fight where he simply got caught. Rodrigues later signed with the UFC. Fremd did score two wins in 2021 though, knocking out Bruno Oliveira and winning in convincing fashion over Renato Valente.

With a loss last year on his record, Fremd may need to win one more time to score a UFC contract. That said, he works for the LFA, a feeder organization for the UFC, and has headlined three of their cards. I don’t think Fremd is too far off.

Being a champion of a major regional organization is usually enough to get a fighter into the UFC. The same should be allotted to Magomedrasul Gasanov, the interim ACA middleweight champion who has been top-notch in his native Russia.

Gasanov follows a number of top fighters and prospects from the Krepost Fight Club in Russia, so it’s no surprise he’s on the level he’s on. The dominating wrestler has not lost since 2015, which is impressive. Although, more finishes would do him some favors. In addition to a huge win over Artem Frolov at the end of 2020, Gasanov won his lone 2021 fight via TKO over Nikola Dipchikov. He was set for an ACA title unification bout, but that bout fizzled several weeks before the bout.

Gasanov has the track record needed to prove he’s ready to compete at the highest level. I assume there will be another crack at trying to unify the ACA titles, so if he does show up in the UFC this year, it will be later in the year.

For the second time in the history of this list, Poland’s Cezary Kesik returns as a guy who is a top middleweight prospect in the world. The fighter continues to prove he’s ready for the next level with excellent skills and toughness.

Kesik is a well-rounded fighter who finishes at a high rate. In fact, 12 of his 13 wins have come by way of finish, including 10 by knockout. He ended 2020 in losing fashion to Abus Magomedov, who is now on the UFC roster. However, his only bout in 2021 was a knockout of Marcin Krakowiak, who we saw Kesik dominate and rebound impressively.

Kesik is currently inked with KSW, which is a hard organization to jump from once your contract is locked in. That said, it’s not impossible (see Jan Blachowicz). He is clearly a UFC-level fighter and can make an impact on the roster from his first fight.

Being the son of the legendary American Top Team coach Conan Silveira comes with it a high expectation. Luckily for double LFA champ Josh Silveira, he has already lived up to those expectations in MMA and become a top prospect at both light heavyweight and middleweight.

Possessing a collegiate wrestling background, excellent Brazilian jiu-jitsu chops and a number of years hanging around American Top Team, Silveira has been bred to succeed in this sport. He owns six finishes to date, four by submission and two by head-kick knockout. He has continually upped his competition level since turning pro at the end of 2019. In 2021, he ran an impressive 4-0 record. He beat Matt Paul and Rafael Viana to start the year. He then won the LFA light heavyweight championship by knocking out then-undefeated Tee Cummins. To end the year, he won the LFA middleweight championship with a win over experienced vet Jared Revel.

Silveira may be one of the best American prospects at any weight class, and I am more than confident his next fight will be in a UFC Octagon. The 28-year-old holds two belts in the top UFC feeder organization, represents a top gym in the world and has the name recognition. He also has the skills and credentials. The UFC should build him at a moderate pace, as he could be a main eventer in a couple years.