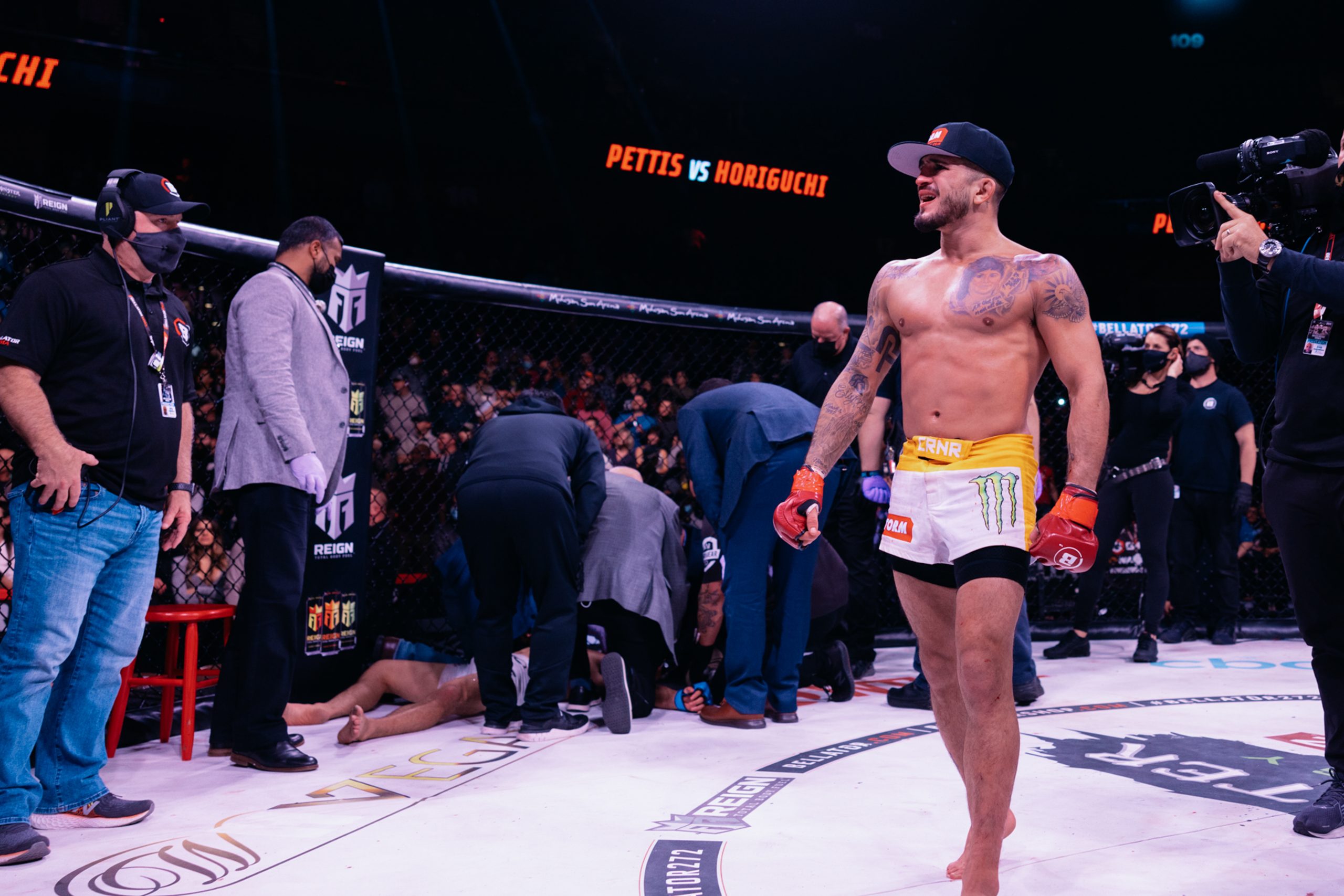 Now that 2021 is in the books, Combat Press is taking a look back at the best that the sport of kickboxing had to offer. Over the next week, Combat Press will announce its award winners in multiple categories, covering everything from the action in the ring to the biggest stories surrounding the sport. A comeback is something we all strive to see in our lives. Whether its your favorite sports team making a break for it, a family or friend hitting rock bottom then coming out on top, it’s something we have engrained in our DNA to enjoy. That’s why MMA will always reign supreme because a comeback can happen at any time. Sergio Pettis gave the fans just that at Bellator 272. Pettis entered the fourth round of his first title defense against former champion Kyoji Horiguchi, and it was not looking good for the champion. Horiguchi was picking Pettis apart piece by piece and was clearly up three rounds to none. Pettis came out in the fourth round ready to finish the fight, but no one expected what happened next. The champ threw an amazingly timed head kick, which Horiguchi ducked under, and Pettis followed up with a spinning backfist that put Horiguchi out cold. The replay was shown nearly half a dozen times, and the pinpoint accuracy of Pettis was insane. Pettis showed that day why we love a good comeback, especially when it comes from a champion, and in his first title defense. This one will be on highlight reels for years to come, and that is why we selected it as our Comeback of the Year for 2021.