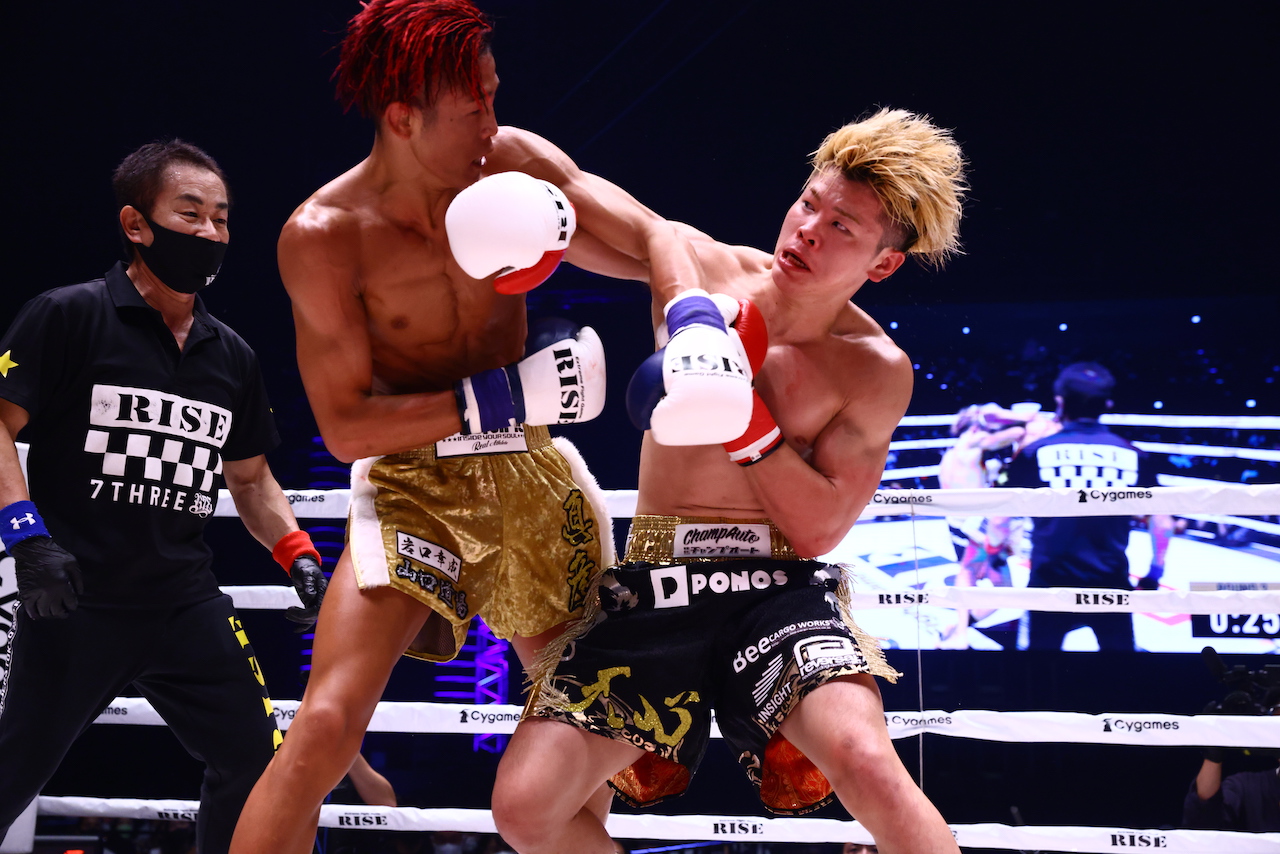 Dropped from the rankings: Petchtanong Banchamek (7)

Masaaki Noiri claims the top spot in the super featherweight rankings following three victories in one night, all of which came by way of knockout at K-1 World GP 2021: Yokohoma. The former K-1 65-kilogram champion took home the K-1 67.5-kilogram tournament title when he stopped Fumiya, Ayinta Ali and former K-1 champ Rukiya Anpo. The aforementioned Anpo enters the top-10 rankings due to three wins in the division. He was previously ranked fourth at featherweight. Tie Yinghua moves up one spot in the rankings because he earned a decision victory over Wei Ninghui at Wu Lin Feng 521, which improves his record to 9-1 in his past 10 bouts. Jia Aoqi stopped the momentum of WLF World Cup winner Wang Pengfei with a decision victory at Wu Lin Feng 522 . Aoqi earned his third straight victory on his way to ending Pengfei’s six-fight winning streak.

Dropped from the rankings: Rukiya Anpo (4)

ONE bantamweight champion Capitan Petchyindee defended his title for the first time against France’s Mehdi Zatout at ONE Championship: Revolution to earn his third win under the promotional banner. The Lumpinee stadium 70-kilogram champ moves up one spot in the rankings after extending his unbeaten streak to 16. The current Krush super lightweight titleholder Daizo Sasaki moved into the top five following a unanimous decision victory over former K-1 champion Kenta Hayashi at K-1 World GP 2021: Yokohoma to push his winning streak to eight straight. Petchtanong Petchfergus enters the featherweight rankings after dropping back down to 66-kilograms to compete in the ONE Championship bantamweight division. The formerly top-10 ranked super featherweight returned to the win column against China’s Zhang Chenglong at ONE Championship: Revolution for the first time in three bouts. The 2018 Wu Lin Feng World Cup winner was on a 13-fight winning streak prior to his back-to-back losses against ranked competitors Jia Aoqi and Capitan. Ninth-ranked featherweight Eddy Naït Slimani defeated Khyzer Hayat Nawaz at La Nuit Des Gladiateurs 12 to move his overall record to 73-5.

RISE 63-kilogram DOA tournament champion Kento Haraguchi extended his 19-fight unbeaten run with a come from behind third-round knockout victory over former WMC world champ Tapruwan Hadesworkout at RISE World Series 2021 Yokohoma. The bout took place at a catchweight of 65.5-kilograms, so the bout will not affect the super bantamweight rankings. RISE 63-kilogram champ Naoki Tanaka left no doubt who the better fighter was when he earned a decision victory over formerly number-one ranked bantamweight Taiju Shiratori for the second time. The first loss ended in a cut stoppage that earned Tanaka the victory. However, the second time around the decision was clear. Tanaka has won eleven of his past 12 with his only loss coming at the hands of third-ranked Haraguchi. Shuji Kawarada captured the vacant Krush lightweight title after three victories spanning over two events, Krush 127 and Krush 129. In the quarterfinals, Kawarada dominated his opening round fight to earn his place in the tournament semifinals, which took place on Sept. 24. The Team Pegasus member stopped Daiki Nagumo in the third round of the semifinals of the tournament. He earned his eighth consecutive victory with a majority decision over Yuzuki Satomi in the finals, who defeated Hiroki in his semifinal bout to push his winning streak to three since losing to Kawarada at an earlier date. Despite two wins during the month of September, Kawarada was unable to move up the deep super bantamweight rankings.

Third-ranked Hirotaka Asahisa knocked out NJKF and WBC Japan champion MOMOTARO in the first round with one second left ont he clock at K-1 World GP Japan 2021: Yokohoma. Former K-1 titleholder Yuta Murakoshi earned his third straight win in his new weight division with a dominant decision victory over Narufumi Nishimoto. Fourth-ranked Taiju Shiratori competed in a different weight division, so his bantamweight rankings will remain unchanged unless he continues to fight above the weight class limit again.

Former top-10 flyweight Gunji Taito earned the biggest win of the month when he ended Krush super bantamweight champ Takahito Niimi’s four-fight winning streak following an absolute brawl at K-1 World GP 2021: Yokohoma. The former Krush titleholder moves up four spots in the rankings in only his third bout in the division after successful runs at 53 and 55-kilograms. Toma scored a second-round knockout against Yusuke at the same event.

Tenshin Nasukawa extended his 41-fight winning streak with his second victory over RISE titleholder Masahiko Suzuki at RISE World Series 2021 Yokohoma in his final year of kickboxing competition. Former Krush bantamweight champion Akihiro Kaneko absolutely destroyed Koki with a flying knee that sent the former Krush champ to the canvas out cold at K-1 World GP 2021: Yokohoma. Kaneko moves up two spots in the rankings over the aforementioned Suzuki and Shiro. Yugo Kato earned a unanimous judgement over Dynamite Kakizaki in a Muay Thai rules contest at The Battle Of MuayThai -ouroboros 2021-, which means the fight won’t count towards his kickboxing ranking. Kato moved up 6.2-kilograms to compete in the ONE Chammpionship qualifiing match, which could mean he is headed to the circular cage in the future.

Team TEPPEN’s Kazane made the biggest leap of any fighter in any division in the past few months. He bested multiple-time title challenger Jin Mandokoro in the semifinals before defeating one of the best fighters 55-kilograms and under Shiro Matsumoto to win the RISE 53-kilogram tournament. Earlier in the event, Shiro topped Kodai Hirayama for the second time in a row as he replaced Koki Osaki, who missed weight. Kazuki Osaki was originally scheduled to meet Shiro in the semifinals of the tournament. However, an injury would lead to a huge mix-up in the strawweight division. Ryoga Terayama defended his DEEP KICK 53-kilogram title against Yuma at DEEP☆KICK 56.

Dropped from the Rankings: Cédric Doumbé (5)

Tenshin Nasukawa regained his spot at the top of the pound-for-pound rankings with a victory over top-five flyweight Masahiko Suzuki to extend his winning streak to 41 straight victories. Cédric Doumbé officially announced his retirement from kickboxing and acknowledged his pursuit of a MMA career in the future. Should he return to the kickboxing ring, he will be eligible to be ranked. In his place enters top-ranked super bantamweight Taio Asahisa.

Hinata Terayama continues her ascension up the rankings with a hard-fought, majority decision win over ninth-ranked Manazo Kobayashi at RISE Girls Power 5. Kotomi earned her 12th career victory with an unanimous decision over Sakurai Rikako to remain in seventh.