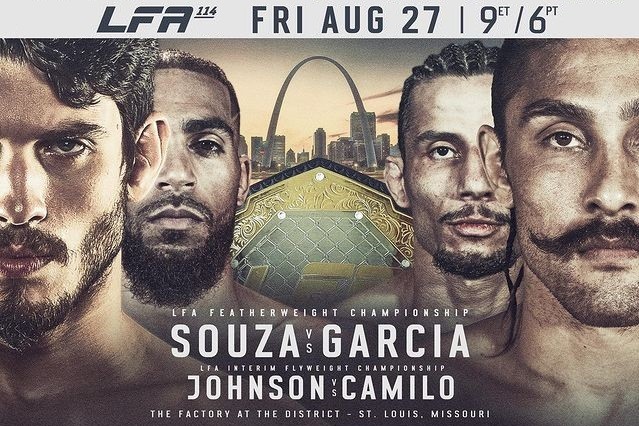 In the night’s main event, Bruno Souza and Javier Garcia clashed for the featherweight title.

Gold was also on the line in the co-main event as Charles Johnson and João Camilo met for the interim flyweight belt.