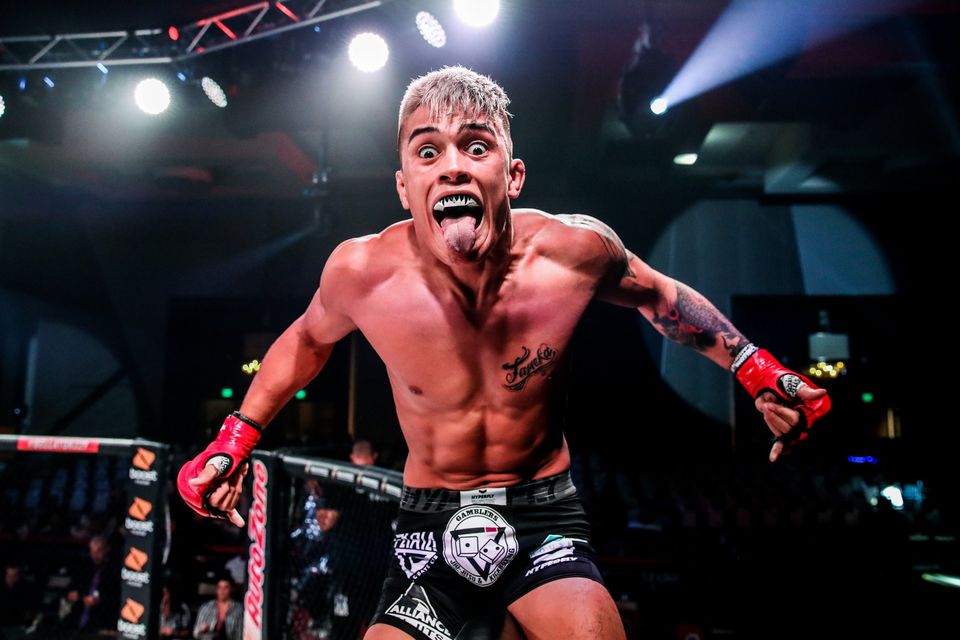 One to Watch: Bellator 257 – Pedro Carvalho vs. Jay Jay Wilson

Bellator 257 features the second week of the Light Heavyweight Grand Prix quarterfinal round, with champion Vadim Nemkov squaring off against Phil Davis in the evening’s headliner. One undercard fight that should not be missed is a featherweight match-up between Pedro Carvalho and Jay Jay Wilson. These guys are ground specialists and recently ranked top-10 fighters in the Bellator rankings system, which means that this fight has massive implications for the future of the company’s featherweight division.

Carvalho joined Bellator in 2018 with a 6-3 record. He went 4-0 with the promotion and earned a quarterfinal spot in the Featherweight Grand Prix, as well as a title shot against Patricio “Pitbull” Freire. His winning streak included finishes over Derek Campos and Sam Sicilia. Carvalho stopped Campos via first-round ground-and-pound and Sicilia with a second-round face-crank submission.

Carvalho came up short against Pitbull in his title opportunity. However, a loss to the company’s consensus greatest fighter is not something to hang his head on. “The Game” is a brash and confident individual who likes to get his fights to the mat. He has good top pressure and lethal neck chokes, particularly his guillotine and the aforementioned face crank.

Wilson is the new kid on the featherweight block. He signed to Bellator for his pro debut and has now collected six of his seven career wins with the company. He remains undefeated in his career.

”The Maori Kid” had a breakout 2020. He scored a second-round armbar submission of Mario Navarro to kick off the year. Next came his biggest test to date, in which he took the decision win over fellow prospect Tywan Claxton at Bellator 242. Finally, in his most recent fight, Wilson battered Sergio DeBari with an overhand right and earned a one-punch knockout in just 20 seconds at Bellator 253. This asserted the New Zealander into Bellator’s rankings for the featherweight division.

Wilson identifies as a grappler, with four of his seven wins coming by submission. However, his last outing proved his power and precision on the feet, and he might look to keep this fight standing as well in order to mitigate Carvalho’s strengths.

Bellator’s implementation of standardized rankings has helped to provide greater clarity as to each fighter’s position. The No. 4-ranked Carvalho and No. 7 Wilson both know how much is at stake here. Carvalho seeks to redeem himself after suffering his first loss in Bellator, whilst Wilson hopes to stay perfect and advance title aspirations of his own.

With the final of the Featherweight Grand Prix between Patricio “Pitbull” Freire and AJ McKee looming large, this match-up will be key as to who could soon challenge the victor. This most definitely makes it one to watch.