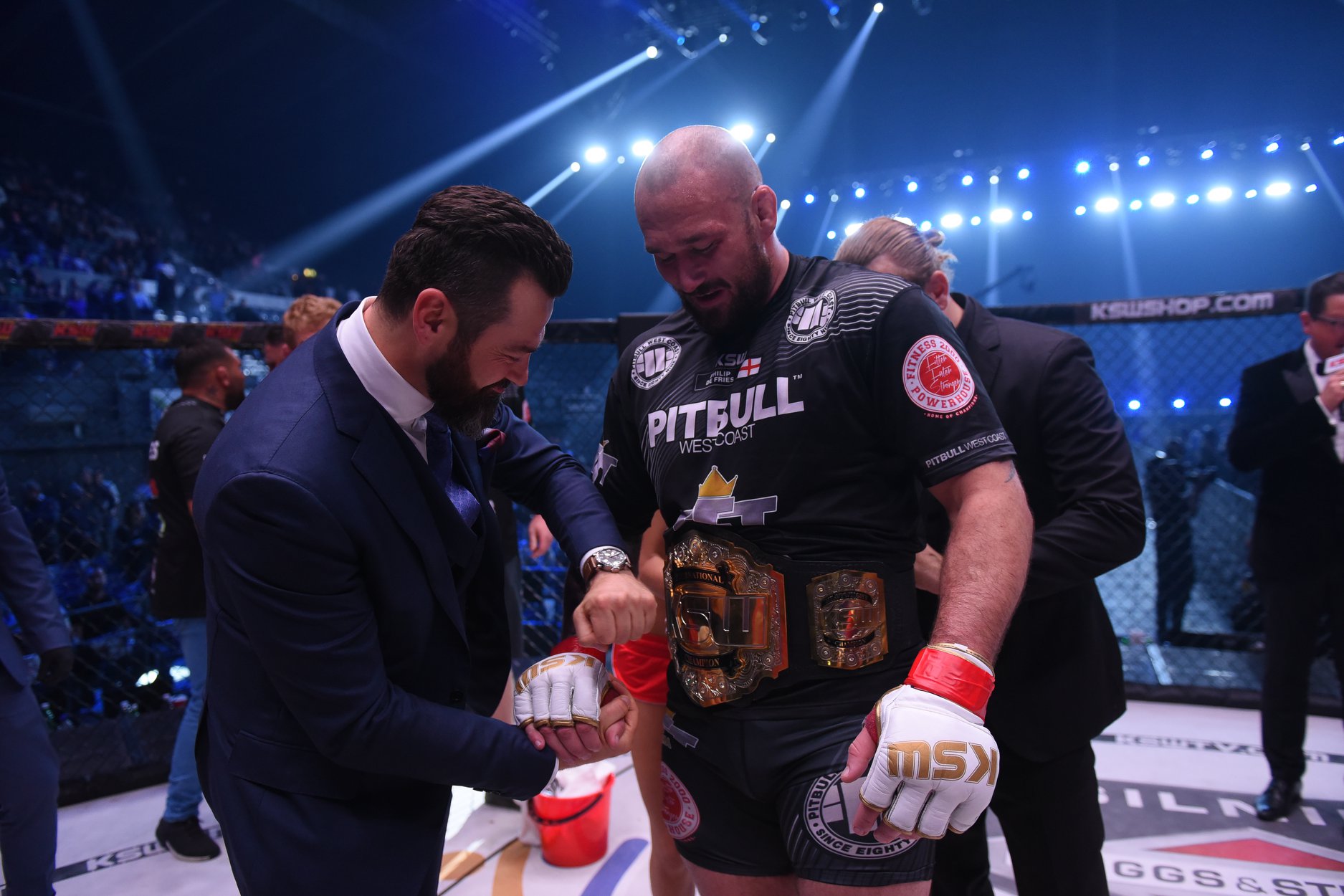 On Saturday, April 24, Konfrontacja Sztuk Walki returned to action from the Studio Klubu Wytwórnia in Łódź, Poland for KSW 60: Narkun vs. De Fries 2.

In the night’s main event, UFC veteran and current heavyweight titleholder Phil De Fries rematched the promotion’s light heavyweight king, Tomasz Narkun. The pair met previously at KSW 47, with De Fries retaining his belt after five, hard-fought rounds. The loss was the first for Narkun since 2014.

Gold was also on the line in the co-main event as Marian Ziółkowski made the first defense of his belt against challenger Maciej Kazieczko.

The event aired live below via Fite TV pay-per-view beginning at 3 p.m. ET.