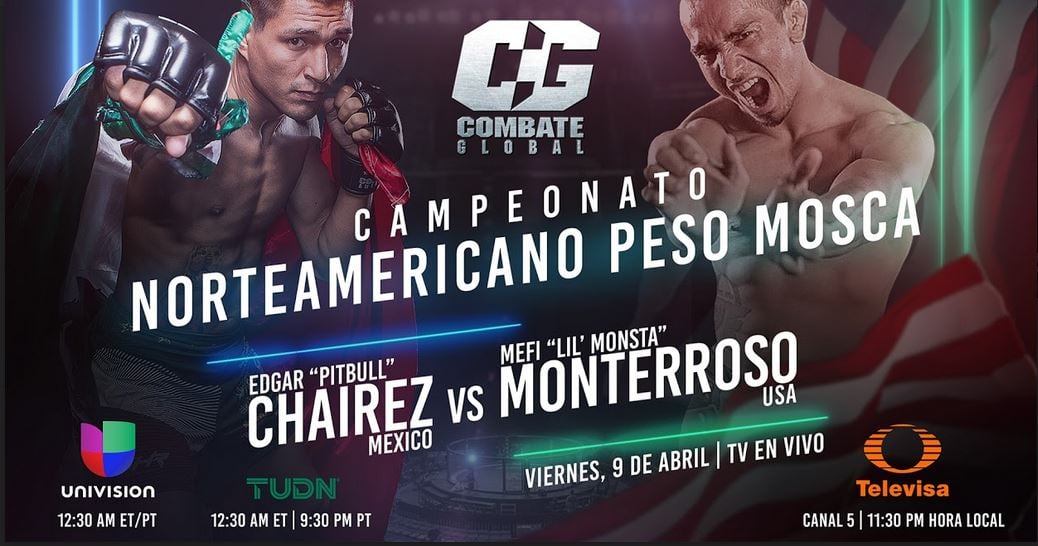 On Friday, April 9, Combate Global hosted its first event under its new name from Univision Studios in Miami.

In the night’s main event, the promotion’s North American flyweight belt was on the line between Edgar Chairez and Mefi Monterroso.