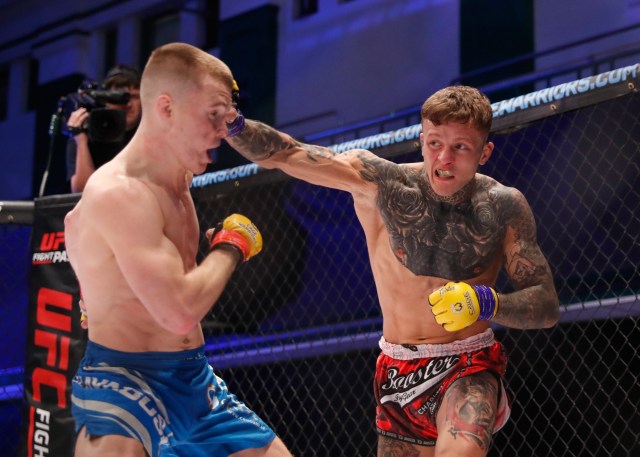 On Saturday, March 20, Cage Warriors hosted the third of three straight events in as many days, holding Cage Warriors 122: Charrière vs. Vucenic from York Hall in London, England.

In the night’s headliner, featherweight champion Morgan Charrière made the first defense of his belt against England’s Jordan Vucenic. The Frenchman Charrière earned the belt with a vicious body shot at Cage Warriors 119. Vucenic rode a five-fight winning streak into the title challenge.