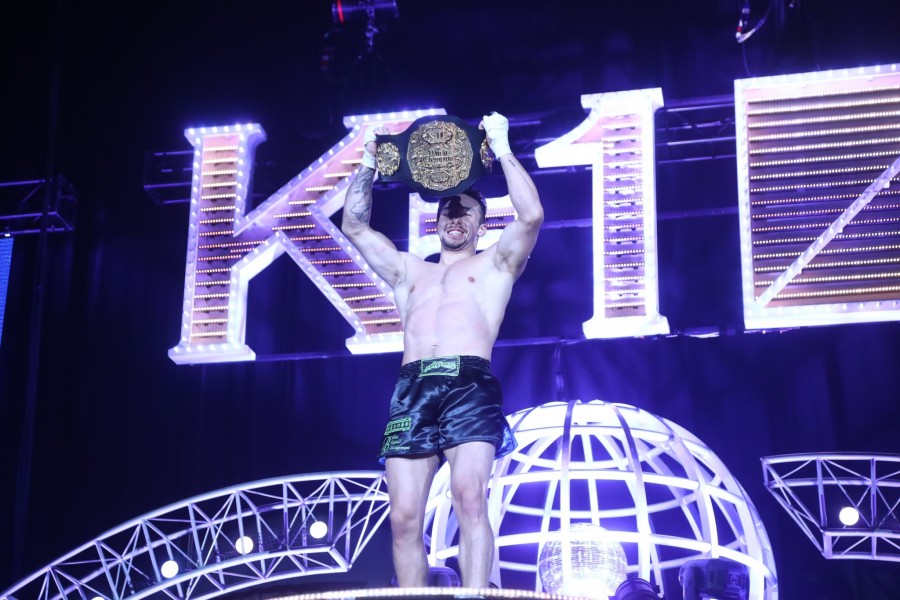 Promotion of the Year
K-1 Group

The battle for the “Promotion of the Year” took a strange turn in 2020. Three-time winner K-1 was in the driver’s seat as usual to kick off the year. Former award winners GLORY and Kunlun Fight produced their toughest year to date amidst a myriad of reasons. However, no one could have foretold that kickboxing would struggle so mightily because of the global COVID-19 pandemic.

While much of the kickboxing world was on hiatus due to the virus, GLORY, one of the world’s top promotions, tried to keep its head above water financially. The company entered receivership in May following the collapse of its business and the resignation of former CEO Marshall Zelaznik. The promotion was eventually able to return after losing top fighters Marat Grigorian and Sitthichai Sitsongpeenong, laying off a portion of its staff, and restructuring the business with the intent of operating out of the Netherlands. The once-prominent player in the kickboxing landscape was reduced to holding just two events in 2020. However, the league ended the year on a high note with one of its most successful pay-per-view events, GLORY 76, which featured the return of star Badr Hari following his recovery from the coronavirus.

This opened up the field to two new players: Wu Lin Feng in China and RISE in Japan. Due to the two nations’ handling of the pandemic, these companies were able to operate relatively normally outside of a four- to five-month gap of inactivity.

Wu Lin Feng used homegrown talent to rise to prominence in the Chinese market and become the premier kickboxing promotion following the addition of nearly all of China’s top talent, the fall of former elite promotion Kunlun Fight, and the collapse of rival promotion Glory of Heroes. The league was able to hold 13 events, including multiple one-night tournaments and its marquee round-robin tournament, the King’s Super Cup, over the span of six events.

Meanwhile, RISE put forth a solid year. The large majority of its events came in the latter half of the year once Japan started to open up from the initial COVID shutdown. The promotion held 15 total events, including 10 class A events, two all-female shows, and multiple one-night tournaments to crown this year’s DEAD or ALIVE tourney winners. The organization birthed new stars like Kento Haraguchi and Kazuki Osaki, while also featuring established names like Tenshin Nasukawa and Taiju Shiratori.

However, for the fourth time in the six years since Combat Press has given out this award, the K-1 Group takes its place atop the proverbial podium. The collective K-1 promotion, which represents brand names Krush and KHAOS, put forth a combined 20 events. This included four majors, 14 Krush shows, and two editions of KHAOS. Although the number of major events was less than in previous years, the company only held one less event in 2020 than it did in the prior two years, when it also won this award. The K-1 Group represented some of the best lighter-weight talent in the sport, held what was considered the best event of the year, and put forth the most consistent schedule of any promotion in 2020.