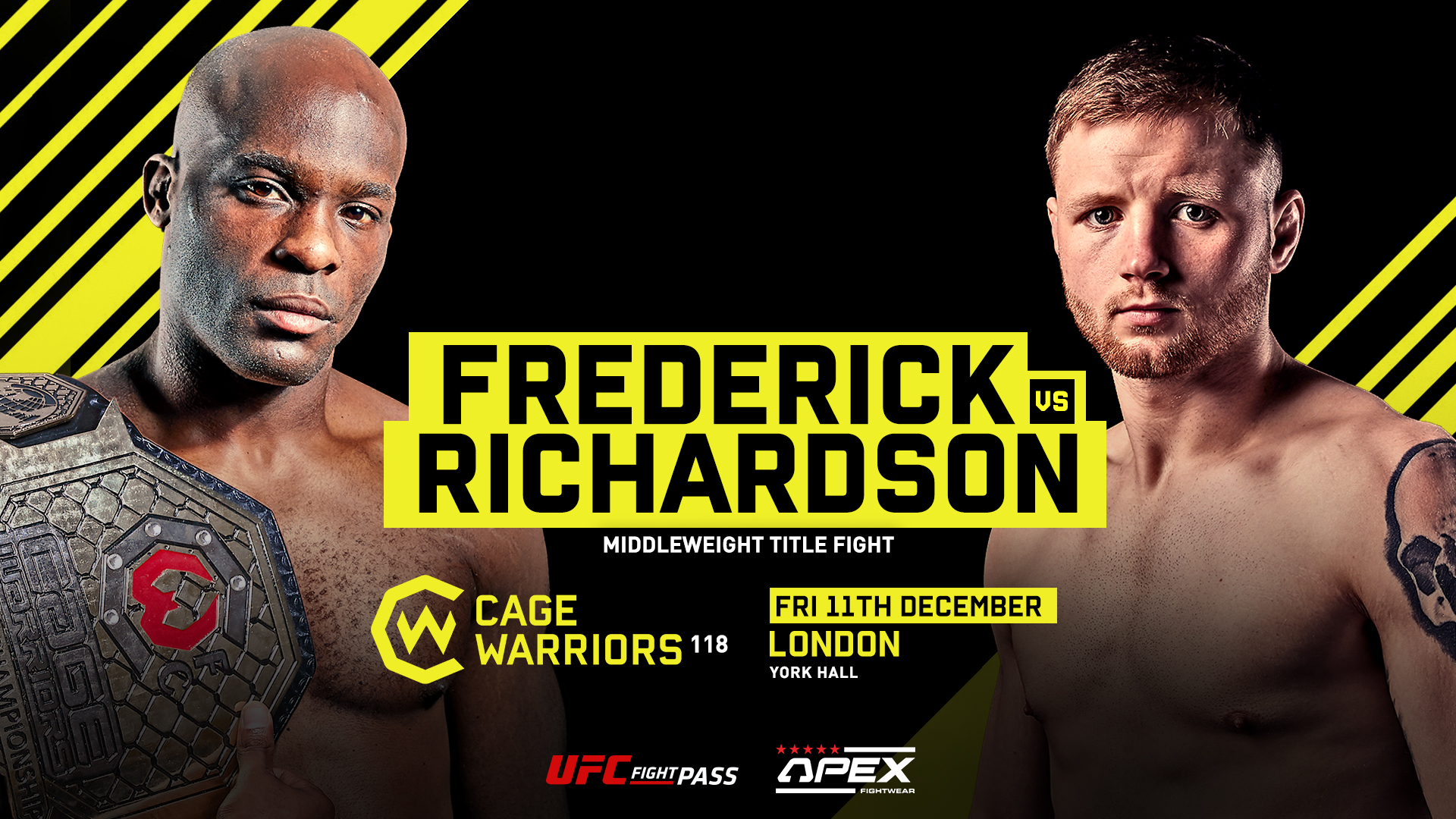 On Friday, Dec. 11, Cage Warriors hosted the second of three straight events in as many days. The company’s 118th show took place at York Hall in London.

In the night’s headliner, middleweight champion Nathias Frederick put a nine-fight winning streak on the line against countryman Jamie Richardson and emerged with a successful defense.