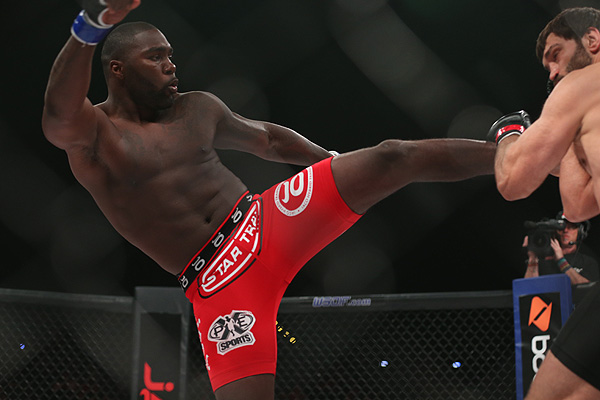 Deciding when to hang up their gloves is by far one of the the most difficult decisions that combat sport fighters have to make in their career. In fact, there is no 100 percent correct answer to that question. Regardless, when it comes to UFC, watching the legendary fighters leave the Octagon is truly a heartbreaking experience for their fans.

With some of the biggest names in the combat sports world such as Mike Tyson all set to make a return, let’s look at the top three UFC fighters we’d love to see come out of retirement.

Johnson had to unceremoniously leave the UFC after a number of botched weight cuts and post his defeat at the hands of Vitor Belfort in the year 2012. However, it didn’t take much time for Johnson to reinvent himself at the regional level, bringing his jaw-dropping knockout power to display at 205 pounds. He was back in the Octagon courtesy his successful performances in the light heavyweight division. Johnson stood at 6-2 after his comeback into the UFC, including victories over Phil Davis and Ryan Bader.

Regardless, his comeback was rather short-lived as he retired again after losing a title fight against Daniel Cormier at UFC 210. Now the good news is that Johnson has been teasing about fighting Jon Jones in a heavyweight battle someday. However, no one knows for certain if that fight will happen or not. Johnson’s fans would definitely wait eagerly for that day to come!

St-Pierre is a UFC fighter who hung up his gloves while he was at the top of his game, as a world champion. “Rush” as he is popularly referred, decided to retire from MMA through a press conference held in Montréal, Canada, on Feb. 21, 2019. With him walking away from the Octagon, the UFC saw the end of the career of an all-time great welterweight fighter. The two-division Canadian fighter scored memorable wins over the likes of Michael Bisping, BJ Penn, Matt Serra, Matt Hughes and several more. The fans of the UFC would love to see St-Pierre test his MMA skills against some of the top fighters of today, for instance, Khabib Nurmagomedov.

Miesha Tate is remembered by many for the way she beat Holly Holm to become world champion immediately after the latter was riding high on her win over Ronda Rousey. Unfortunately, Tate decided to call it quits fairly early after going down to Amanda Nunes in a bantamweight title fight, and thereafter losing to Raquel Pennington in the UFC 205 by a unanimous decision. It’s highly unlikely for the MMA fans to see Tate back in the Octagon considering that she signed up as an executive with ONE Championship right after announcing her retirement. She was definitely among the best female fighters who showed the efficacy of their wrestling skills in the UFC.