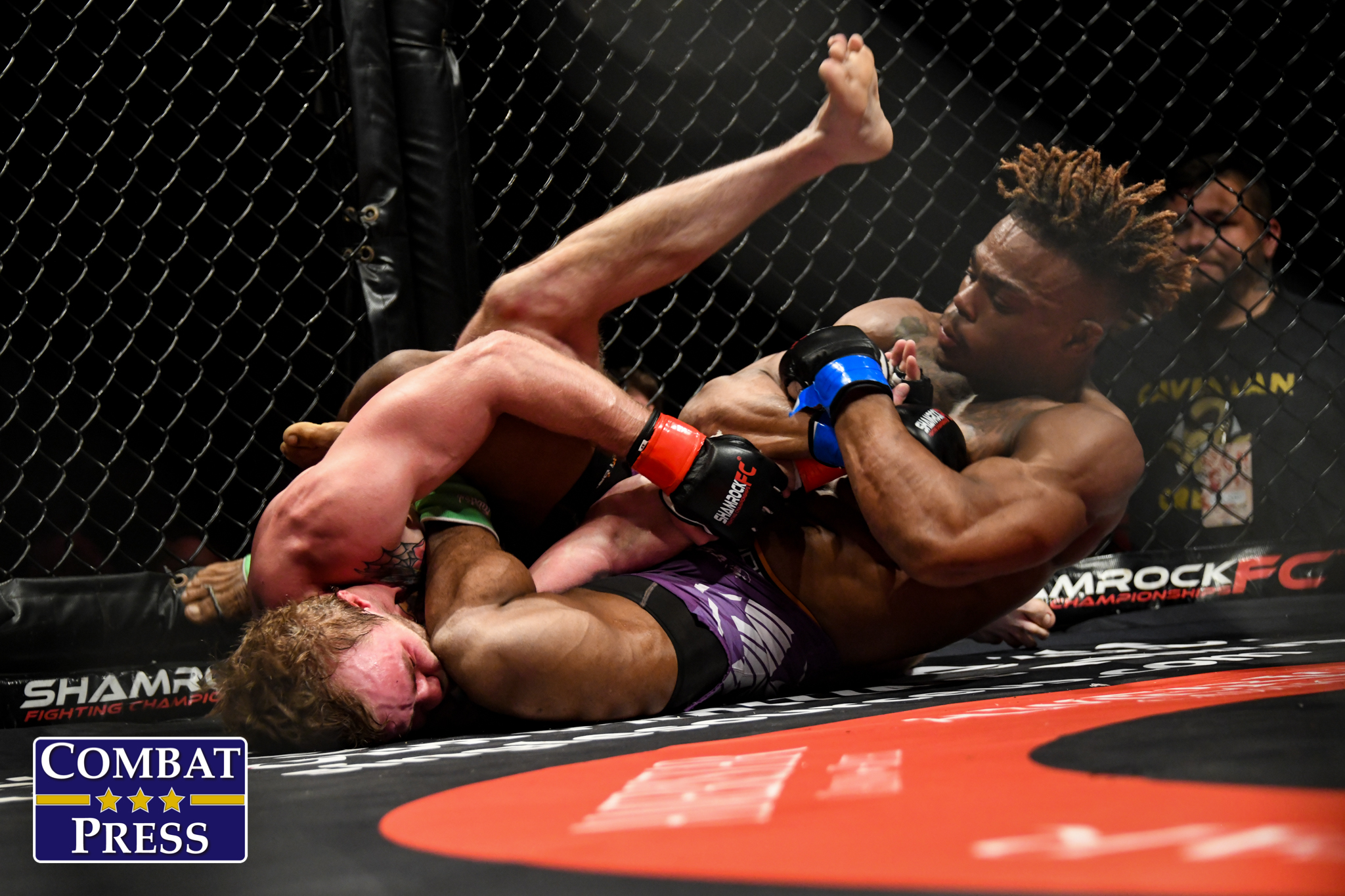 This is an especially strong Thursday night for regional action. In addition to the second of back-to-back evenings for Cage Fury Fighting Championships, the Thursday offerings include the 23rd edition of Standout Fighting Tournament. The promotion only has three fights on its main card, but the lineup includes a grappling contest between MMA fixtures Markus Perez and Luiz Firmino, as well as a main-card opener that features lightweight prospects Jornel Lugo and Cortavious Romious. Since this series focuses on MMA, we’ll dive into the latter of these pairings here.

Lugo, 24, posted a 5-1 record as an amateur while suffering his only loss on the scorecards against Ryan Kuse, a decorated longtime ammy competitor with the Xtreme Fighting Nation organization. The American Top Team representative made his pro debut in 2019 with a submission finish of fellow rookie Joshua Oxendine. “A1” stepped up his level of competition in his next two pro bouts and took victories over Harris Bonfiglio and John Douma. The latter of these contests took place under the Bellator MMA banner.

The 26-year-old Romious went 7-2 as an amateur. He amassed four knockouts and two submissions during his ammy run. The St. Charles MMA product made his pro turn in 2018, scoring a 41-second armbar finish of Kevin Henry, a fighter severely below the .500 mark. After adding one more first-round stoppage against an overmatched foe, Romious also moved on to tougher competition while continuing his winning ways. His two recent victories have come against opponents with a combined 7-1-1 mark when they met Romious.

This appears to be a classic striker-versus-grappler affair. Lugo is the Brazilian Jiu-Jitsu specialist in this contest. He’s spent his pro campaign on the larger stages of CES MMA and Bellator, whereas Romious has competed for the smaller 360 Fight Club and Shamrock Fighting Championships. Experience and skill level seem to favor Lugo.

The biggest factor, however, could be Lugo’s length. He stands six inches taller than Romious and could manage to stay out of range of Romious’ power shots. Meanwhile, if Romious has to surge forward, Lugo could change levels and bring the fight to the ground. Lugo is a capable striker, too, so he won’t be overwhelmed on the feet. Ultimately, though, Lugo should be able to drag Romious into his world and find the submission.

Other key bouts: Markus Perez vs. Luiz Firmino in a grappling match

Russia’s MMA giant, M-1 Global, continues its latest venture of co-promotions with MMA Series-12, which pairs the company with Fight Club Sech. The card is full of emerging prospects, including bantamweights Sarvadzhon Khamidov and Fedor Durymanov.

Khamidov, a native of Tajikistan, remains undefeated after nine fights. The Russian Top Team fighter has a base in freestyle wrestling and submitted four of his opponents. He has also managed two knockouts in his career. “Sarvar” debuted in 2016 and registered first-round finishes in his first two appearances. Khamidov has mostly faced low-level competition throughout his career. His most seasoned opponent was Bakbergen Usenov, who held just a 3-1 record when he collided with Khamidov.

Russia’s Durymanov has been competing at the pro level since 2012. He won four of his first five fights, with the other contest ending in a split draw. The Sech Pro disciple then lost via submission to Khasan Israpilov, who remains undefeated to this day. He has had an active 2020 campaign that includes three wins with M-1 Global, including two in the MMA Series. Durymanov is a knockout artist who finished his last two fights in under 90 seconds each.

Khamidov has the shiny record, but he’s hardly a strong pick here. He’s fed on inexperienced competition and has never faced an opponent with more than four previous pro bouts. Durymanov, in contrast, has tallied wins over two 8-3 opponents, a 5-2 fighter, and a previously undefeated four-fight veteran. His loss came to a 5-0 foe, and his split draw came against a 6-2 opponent.

Durymanov’s success against seasoned competition suggests that he’s the better man here. He has knockout power that’s been on display during his stint with the MMA Series. He might need a little more time to score the finish against Khamidov, but it’ll come eventually.

Brave Combat Federation continues its collaboration with Sweden’s Bulldog Fight Night this weekend with its 39th show. One of the featured bouts of the evening is a middleweight clash between undefeated upstart Andreas Gustafsson and Serbia’s Miro Jurković.

Gustafsson put together a 10-1 amateur run before shifting to the pro ranks in 2019. He managed five victories, including four stoppages, in a single year of competition. “Bane” scored a knockout of UFC veteran Amilcar Alves, and he was able to TKO Shaun Lomas, a veteran of more than 100 fights (albeit with a significant losing mark). The Swedish fighter has an even finishing rate between knockouts and submissions as a pro, but his amateur resume is heavy on submission wins.

Jurković has been bouncing around the European regional scene since 2013. While he did make an appearance with Cage Warriors — and defeated future Cage Warriors champion James Webb — he’s primarily remained a star for the Serbian Battle Championship promotion. He’s spent time at both light heavyweight and middleweight, but it’s the latter division in which he claimed gold. Jurković suffered his first loss to Manoel Fernandes Neto, but he later avenged the submission defeat with a decision victory. His second setback came in his most recent fight, where he edged on the scorecards by UFC veteran Goran Reljić.

Jurković will be a tough task for Gustafsson. The Serbian fighter has gone the distance with Reljić, who is by far the most successful fighter either man has encountered. He also decisioned the aforementioned Webb, who went on to enjoy a brief stint as the Cage Warriors middleweight champion. Furthermore, he avenged his only loss that didn’t come to a former UFC fighter when he earned the nod over Neto in the pair’s rematch.

Gustafsson’s most significant opponents — Lomas and Alves — pale in comparison. Alves, a UFC castoff, has been outside of the big show since 2011. He hasn’t found great success, either, with a disappointing 7-16 record since his departure from the UFC. This means Gustafsson is likely looking at an uphill battle against the decision machine Jurković. Expect another grinding win for the Serbian.