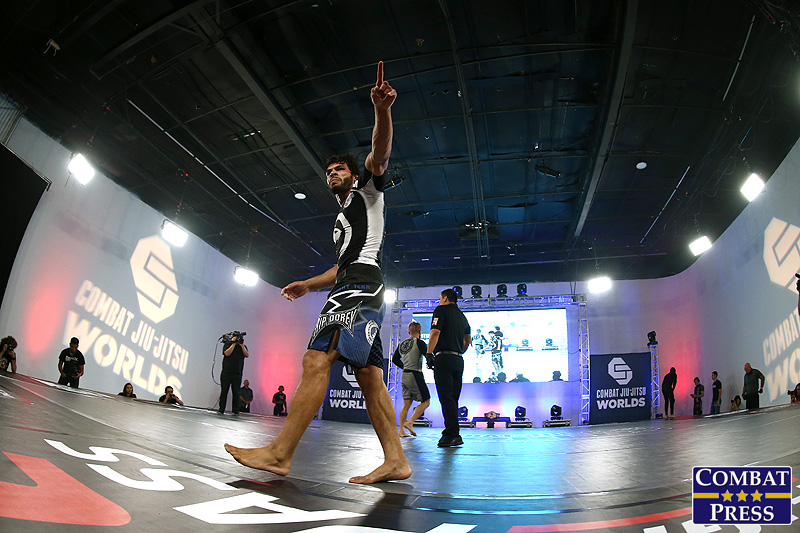 The Legacy Fighting Alliance is set to crown a new welterweight champion in the headliner of its 88th show. The company has found an interesting pair for the title fight. On one side, there’s Jaleel Willis, who has spent time with the World Series of Fighting, Bellator and the LFA. His opponent is Vinicius de Jesus, a former regular for Bellator MMA who never quite broke through with that organization.

Willis has become a familiar name for LFA fans. He had a four-fight tenure with the promotion in which he experienced mixed results. He won just two of those fights, while suffering setbacks against Kyle Stewart and Harvey Park. The 28-year-old is perfect through one appearance each with the WSOF and Bellator. He tends to either score the knockout or go the distance in his victories. The aforementioned Park was the only man to stop Willis, and he did it via strikes in the first round.

De Jesus, who debuted in 2013, landed in Bellator just three years later. Despite a solid 3-1 mark with the organization, he was never elevated above preliminary-card status. However, the Brazilian did pick up notable wins over James Boran and Tim Caron during this time. The 30-year-old’s more recent action has come with CES MMA, where he quickly won and then defended the league’s welterweight championship. De Jesus also leans heavily on knockouts for his finishes, but he also has two submission victories.

This is one of the more compelling headliners for the LFA since the return of live sporting events. Willis has become a well-known name on the regional circuit, but he just can’t seem to break through to the next level. If he loses here, he might forever be destined to fight at this level. He’s also stuck in an odd spot where he might be just a bit too small to find extended success in the welterweight division.

De Jesus has been quite effective since upping his level of competition when he joined Bellator in 2016. His only loss came via split decision against fellow prospect Joaquin Buckley. Meanwhile, he was able to get the better of Boran, Caron, Jeremiah Wells and Chris Lozano. The Brazilian is also a more well-rounded fighter who can finish bouts on the mat with his grappling skills rather than relying solely on punching power.

De Jesus is a true welterweight who has even made one appearance at middleweight. His size could make a huge difference if he opts to go for takedowns and works from top position. This one should end with the CES champ adding more gold to his trophy case when he taps out Willis.

This is the biggest month for male strawweight fighters since we here at Combat Press have added the division to our monthly men’s MMA rankings. This weekend has a number of top-20 fighters in action in Japan. The most significant of these match-ups takes place at Deep 96 Impact, where champion Haruo Ochi puts his belt on the line against challenger Namiki Kawahara.

Ochi currently resides in the No. 2 spot in our strawweight poll. The 36-year-old is a 29-fight veteran who has suffered eight career defeats, but his more recent losses have come to the likes of Ryuichi Miki, Tatsumitsu Wada, Yoshiro Maeda, Sota Kojima and current top strawweight Jarred Brooks. Meanwhile, he has even beaten the legendary Mitsuhisa Sunabe and avenged a loss to Kanta Sato. Ochi’s most recent Deep title defense actually came against his current opponent, and Ochi won the fight by decision.

The lack of depth in the strawweight division is perfectly illustrated by Kawahara’s status as both a title challenger and a top-20 strawweight despite an underwhelming 6-3-2 career mark. The 31-year-old pulled off a huge upset in November when he scored a first-round knockout finish of Jun Nakamura. Prior to that victory, Kawahara’s most notable wins were first-round stoppages of sub-.500 opponents and second-round finishes of two fighters who were just one fight above the .500 mark. Meanwhile, he’s suffered losses to Ochi, veteran Takaki Soya, and Takuya Goto, who carried a 1-3 record into the clash.

Odd things happen in MMA, especially in Japanese MMA. That said, it’s difficult to see Kawahara turning the tables on his much more skilled and accomplished opponent. Ochi already has a decision win over Kawahara, and Deep fans are in for a repeat performance in the rematch.

The weekend’s action closes out on Monday, when the Brave Combat Federation teams up once more with Sweden’s Bulldog Fight Night for Brave CF 40. The focus of this event is squarely on headlining featherweights Mochamed Machaev and Shoaib Yousaf.

The 20-year-old Machaev is off to an amazing start since his pro debut in 2017. He’s posted an unblemished run through nine fights. During one stretch, he handed out the first career losses to a trio of formerly undefeated prospects. More recently, he’s stepped up his level of competition to find success against the likes of nine-fight veteran Matjaž Vičar and 16-7 fighter Ciprian Maris under the Brave banner. “The Beast” picked up youth titles in both Kyokushin karate and kickboxing, but he’s also a skilled wrestler. The majority of his victories have come by way of knockout.

Yousaf, 25, hails from England and debuted as a pro in 2016 after an extensive amateur campaign. He has a background in jiu-jitsu and boxing. “The Assassin” turned heads when he took a gold medal in the IMMAF World Championships in 2016. His pro debut came less than three months later and resulted in a first-round submission of Denis Ahern. Yousaf added one more victory before he took his first and only loss to Jordan Vucenic, but he has since gone on a five-fight winning streak that includes four stoppages.

The biggest knock on Yousaf is obviously the level of competition he has faced. His current winning streak consists of victories over opponents with a combined 19-19-1 mark. Among these fighters, two hold losing records. In terms of strength of schedule, Yousaf simply can’t compare to Machaev.

Machaev’s combination of striking and wrestling should make him a clear favorite here. Yousaf has a knack for the early finish, but it’s going to be tough for him to find one against someone with Machaev’s experience and skill set. Instead, it should be Machaev who connects with the knockout blow.