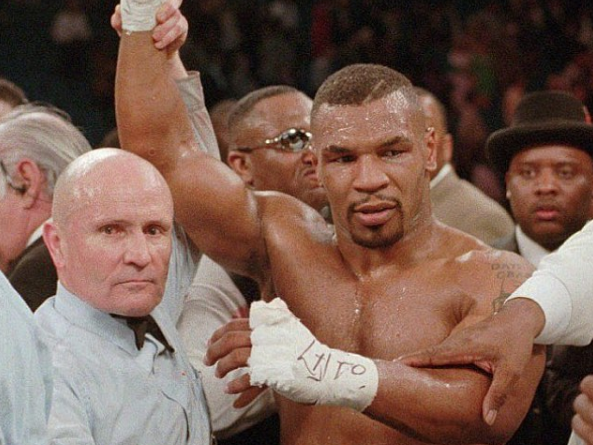 How Would Mike Tyson Have Fared in the UFC During His Prime?

All of us have heard the debates surrounding how Bruce Lee may have performed in the Ultimate Fighting Championship if he were alive in this day and age. While there is no doubt that he was a true legend in his own time, another reason for such a question involves the fact that (arguably) he had not yet reached his prime. However, the same certainly cannot be said for Mike Tyson. The boxing icon was a very real danger both inside and outside of the ring. This begs a rather logical question: would he have been able to capitalize upon opportunities within the Octagon in the same way as he utterly dominated the ring? While this question is obviously speculative, it deserves a closer look.

A Dangerous Man on His Feet

It is not difficult to understand why even the most talented MMA personalities would never choose a toe-to-toe fight with Tyson. Not only was he equipped with a dangerous left hook, but he was one of those fighters who became angrier as the fight went on. When we then take into account that he viewed many matches with a rather personal sense of enmity (particularly after the departure of Cus D’Amato), it becomes clear that he would have been a formidable opponent in the UFC. However, might the same be said if he faced off with other well-known MMA personalities such as Royce Gracie or Demain Maia? This is an interesting question indeed.

When Strength and Speed are Nullified

Let’s roll back the clocks to the halcyon days of the UFC. Most of us would have clearly pegged Ken Shamrock the winner of UFC 1 due to his sheer size and speed. Of course, we were all proven wrong when Royce Gracie emerged the victor. What might this say about Tyson in the same situation? If we imagine for a moment that such a fight would take place in modern times, what would sports betting portals such as www.comeongames.com have to say?

Surprisingly, Tyson could have very well found himself in the same position as Shamrock. He might have even tapped out quicker. There are several reasons behind this observation. First, Tyson was hardly ever on the losing end of a match. Assuming that Gracie were able to bring him to the ground, he would have likely appeared similar to a fish out of water. Furthermore, we need to remember that the rules of UFC are much more brutal when compared to professional boxing. When the blood begins to flow, some fighters are immediately demoralized.

Of course, we also need to imagine what would have happened if Tyson possessed even a minimal amount of grappling and submission skills. If he were able to slip out of Gracie’s guard and began to pummel him with blows, there is no doubt that the Brazilian would have been the one tapping out. Unfortunately, we will never know the outcome of such a match. We will simply have to rely upon speculation and personal opinion.