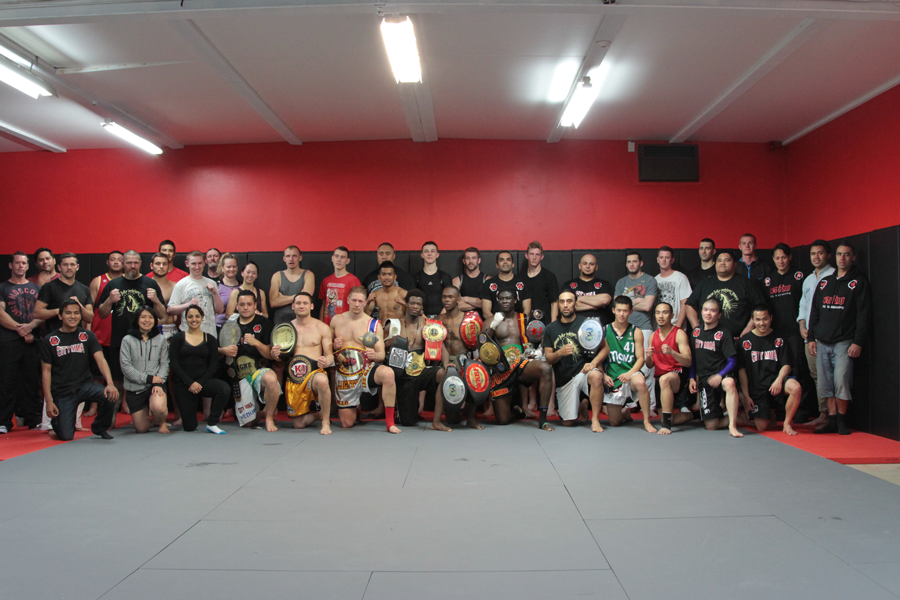 Biggest Story of the Year – Jorge Masvidal and the BMF Title

It’s not often that a title gets created virtually out of thin air to give a fight more significance. However, it’s also not often that a Diaz brother calls a fellow fighter a “gangster.” Jorge Masvidal’s 2019 journey featured both of these things. Masvidal, a longtime veteran of the sport, had finally achieved the level of contender and impressed Nate Diaz so much that Diaz signed on to fight Masvidal for the honor of the “Baddest Motherfucker” title. The UFC loved the idea so much that it created a BMF title belt. Masvidal ended up beating Diaz to claim the crown. The event, UFC 244 in Madison Square Garden, was one of the more heavily hyped events of the year and put a cap on an explosive campaign for Masvidal.

Gym of the Year – City Kickboxing

One camp, two UFC champions. That was City Kickboxing’s biggest claim to fame in 2019. The gym, run by Eugene Bareman, houses middleweight kingpin Israel Adesanya, our “Fighter of the Year,” and recently crowned featherweight titleholder Alexander Volkanovski, our “Breakout Fighter of the Year.” City Kickboxing’s roster doesn’t end there. It also serves as the home to Dan Hooker and Kai Kara-France, two up-and-coming UFC talents. The level of success that Bareman and company achieved in 2019 was astounding and certainly put the gym on the map next to more familiar names like American Top Team, American Kickboxing Academy and Jackson-Winkeljohn.

Coach of the Year – Eugene Bareman

City Kickboxing’s aforementioned success couldn’t have happened without coach Eugene Bareman. The New Zealander guided Adesanya from the earliest days of the superstar’s career, and also helped to lead Volkanovski and Hooker to their current standings in the UFC. Bareman, along with kickboxer Doug Viney, co-founded City Kickboxing roughly 13 years ago, but 2019 was the year in which all of Bareman’s hard work paid off in spades.

Executive of the Year – Scott Coker

Free-agent acquisitions, including Cristiane “Cyborg” Justino. A partnership with Japan’s Rizin Fighting Federation that led to two days of MMA action to close out the year. These are just a couple of moves that have kept Bellator MMA relevant in today’s MMA landscape. Scott Coker, a former Strikeforce and UFC executive, is the man at the helm. His vision for Bellator may be polarizing, but it has continued to make the organization one of the strongest in the world.

It’s a common theme in sports to see former athletes transition to the broadcast booth. Former UFC welterweight Dan Hardy, who still has hopes of returning to active competition, has brought incredible insight to UFC broadcasts since medical issues caused him to step away from the fight game. Hardy’s charisma and knowledge put him at the top of a growing pool of broadcast talent.