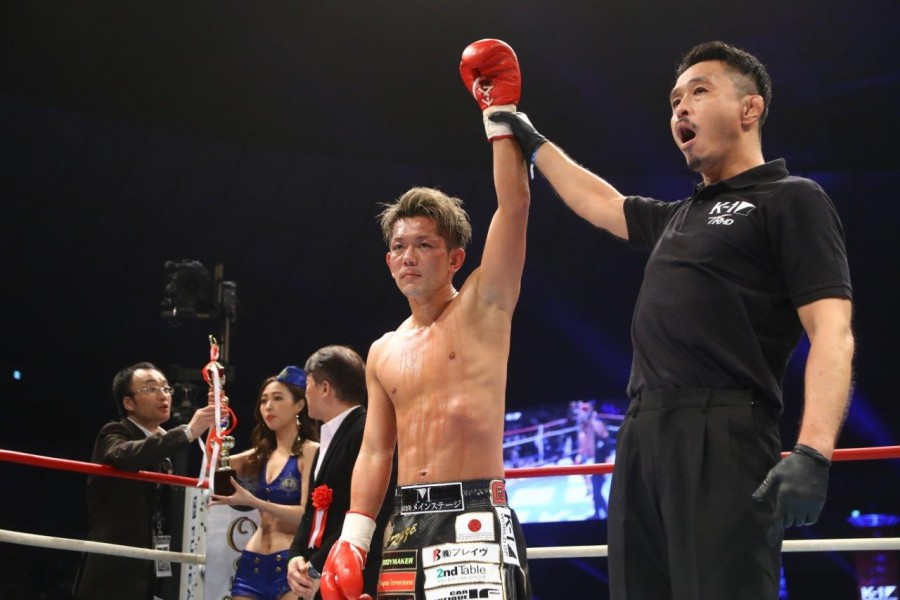 Comeback of the Year – Kouzi vs. Seiya Kawahara

In a year of many twists, turns, and incredible momentum swings, there was one fight that stood out as an interesting candidate for “Comeback of the Year.” The bout featured a narrative that is not only unusual, but led to one of the best fights on one of the most thrilling events of the year.

Former top Japanese MMA prospect Seiya Kawahara was set to make his K-1 debut against top-five 60-kilogram kickboxer Kouzi. The bout was a clear mismatch in terms of their kickboxing experience and overall technical abilities. However, Kawahara received the opportunity because he also has a brash personality to match that of his counterpart. Kouzi is well known as a popular antagonist who has competed against the likes of Takeru, Koya Urabe and Taiga. The kickboxer earned his place in the rankings with strong victories over Hirotaka Urabe, Kotaro Shimano and Stavros Exakoustidis during his three-year stint with the promotion. The press-conference showman was the clear and heavy favorite leading into his bout with the washed-up MMA fighter.

First, we must turn back the clock to 2008, when Kawahara was considered a top prospect with tremendous athleticism, unrelenting pressure, and an aggressive nature that would ultimately become his downfall. The exciting, but uncontrollable fighter was disciplined multiple times for striking opponents with late blows after the referee had already attempted to stop the contest. His inability to stay out of trouble in the ring eventually led to him leaving the sport in 2012. He returned a few years later to enter a new combat sport and slowly built himself up on the Japanese kickboxing regional circuit. Seemingly out of nowhere, he signed on the dotted line with the biggest and most iconic promotion in the world, K-1.

As a heavy underdog, Kawahara was not expected to even challenge Kouzi, let alone give him one of his toughest fights to date. Yet, that’s exactly what happened when the first round started. Kawahara came out strong after the opening bell, just like he had in all of his previous bouts. The MMA fighter looked to shock the more experienced kickboxer with a relentless barrage of power punches and hooks on the inside. Kouzi tried to fight him off with his own punches during a wild exchange, but Kawahara overwhelmed the kickboxing star and earned himself a knockdown within the first minute of the contest. For the next two minutes, Kawahara forced Kouzi to try to fight off his relentless pressure with his back on the ropes in the corner of the ring. Then, with less than 10 seconds left in the round, Kouzi landed a fight-changing head kick and punch that dropped Kawahara in his tracks.

The surprising turn of events wasn’t enough to stop Kouzi’s opponent from getting right after it again in the second round. Kawahara came out of the gates just as he had in the first round. However, Kouzi’s superior technical abilities and combination striking continued to wear down Kawahara. Kouzi eventually was far too much for the debuting fighter, despite a valiant effort by Kawahara to catch his more experienced foe coming in. Kouzi dropped him twice more before the referee called a halt to the contest in the second round. After surviving a tumultuous first round, Kouzi had won in a fashion worthy of recognition as our 2019 “Comeback of the Year.”