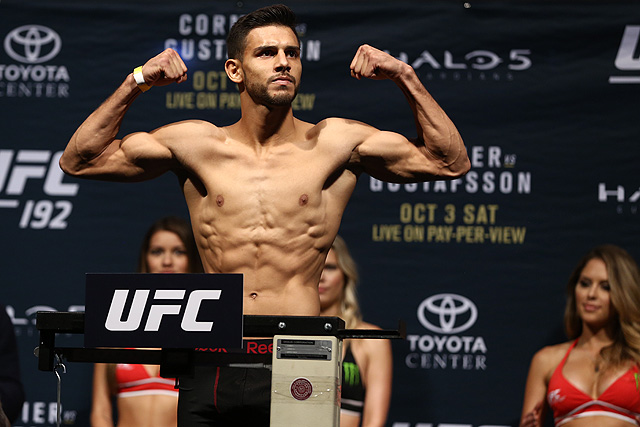 On Saturday, Sept. 21, the UFC will host its 17th event on ESPN+ from the Mexico City Arena in Mexico City, Mexico.

In the night’s main event, featherweights collide as Mexico’s Yair Rodriguez takes on power-punching knockout artist Jeremy Stephens. Rodriguez has been out of action since a stunning, last-second knockout win over Chan Sung Jung at the UFC’s 25th anniversary event last November. Stephens, meanwhile, will aim to snap a two-fight skid. The veteran first fell to former champion Jose Aldo last summer, before coming up short against rising prospect Zabit Magomedsharipov in March.

The fighters hit the scales on Friday, Sept. 21. The results will be posted below as they become available.

* – Melo missed the bantamweight limit of 136 pound and was fined 30 percent of her fight purse.