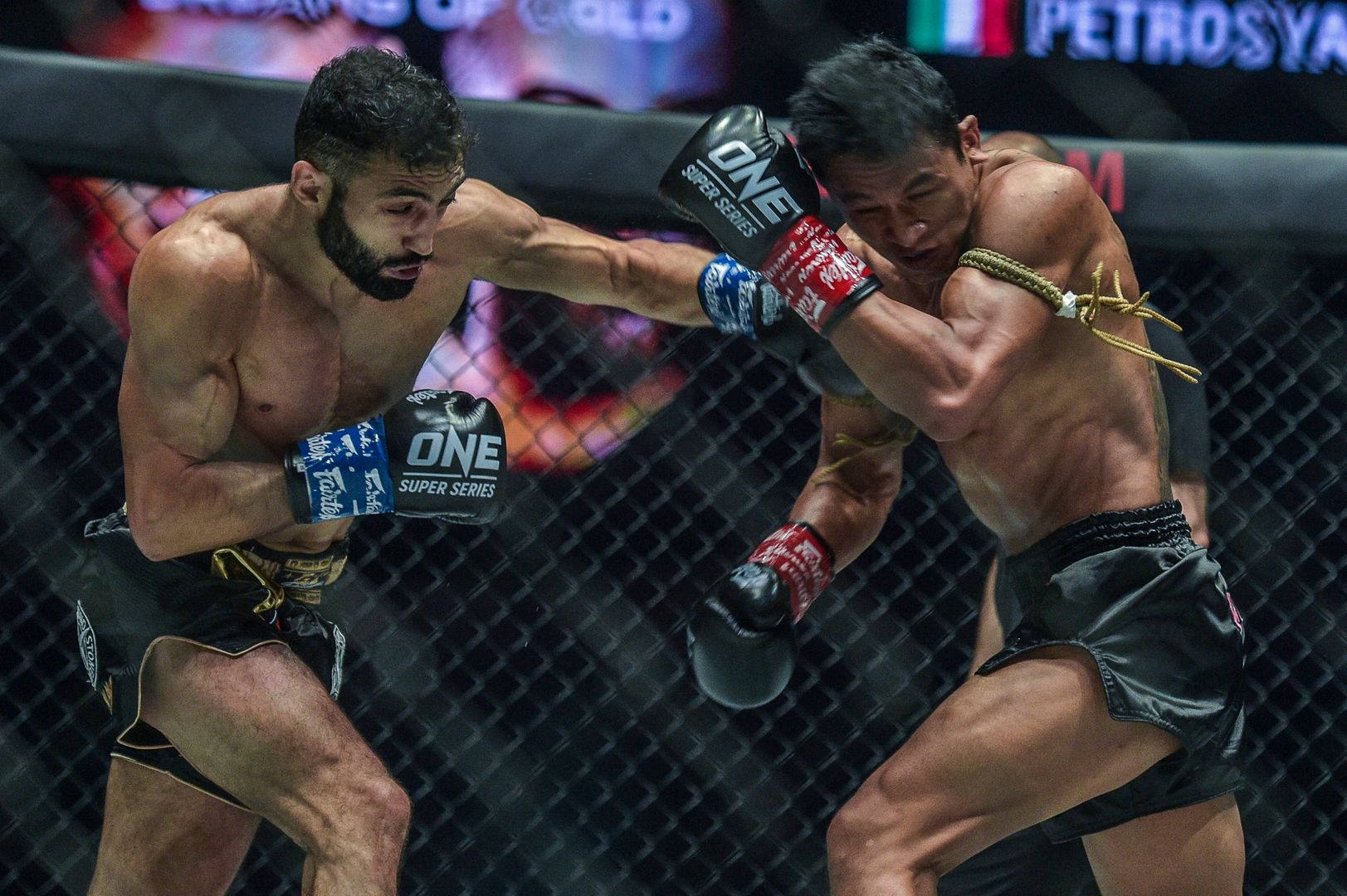 Only one ranked light heavyweight entered the ring during the month of August. Former GLORY interim champion Pavel Zhuravlev returned for the first time in 17 months, just before our cutoff for inactivity. The Ukrainian stopped Turkish heavyweight Mehmet Ozer in the second round during the main event of the FEA World Grand Prix in his home country. Following his return and the knockout victory, Zhuravlev remains firmly cemented in second place. However, he will move to the heavyweight rankings if he continues to compete in that division.

Two ranked fighters were active in August, and both took part in the semifinals of the ONE Championship featherweight kickboxing grand prix. Third-ranked Giorgio Petrosyan continued his unbeaten streak with a first-round knockout of former two-division Lion Fight champ “Smokin'” Jo Nattawut. Petrosyan’s 101th win — and 17th straight victory — wasn’t enough to move him past Sitthichai in the rankings. Meanwhile, Samy Sana continued his ascension with a majority decision over former top-10 lightweight Dzhabar Askerov to secure his place in the ONE Super Series featherweight finals opposite Petrosyan. Sana moves up to eighth with his 135th career victory.

Dropped from the rankings: Ilias Bulaid (7)

The featherweight division was a busy one in August. Former K-1 super lightweight champion Masaaki Noiri returned to the win column with a second-round knockout of Switzerland’s Sami Lamiri at the K-1 World Grand Prix 2019 in Osaka. The fourth-ranked Noiri secured his sixth knockout victory within his last seven fights. Petchtanong Banchamek scored a first-round knockout of Liu Jianbo during the Wu Lin Feng 67-kilogram World Cup. Petchtanong moves up two spots to sixth following his 11th consecutive victory and fourth win of 2019. China’s Jia Aoqi enters the top 10 following the biggest victory of his career against the previously seventh-ranked Ilias Bulaid with an extra-round decision victory during the Wu Lin Feng 67-kilogram World Cup. Bulaid tumbles from the rankings with the loss.

Top-ranked Kenta Hayashi, the current K-1 lightweight champion, knocked out Deniz Demirkapu in a non-title affair at the K-1 World Grand Prix 2019 in Osaka for his fifth consecutive victory. Ilias Ennahachi makes his rankings debut at seventh following a stellar, title-winning performance against Petchdam Petchyindee Academy at ONE Championship: Dreams of Gold. Petchdam falls out of the top 10 with the loss. Former Krush super lightweight titleholder Yuto Shinohara earned his 13th career victory with a unanimous decision over Shinichiro Kawasaki at the K-1 World Grand Prix 2019 in Osaka. The victory was Shinohara’s ninth within his last 10 contests.

Dropped from the rankings: Ilias Ennahachi (8)

Former ISKA world champion Kouzi picked up his 27th career victory following an extra-round split decision in the main event of the K-1 World Grand Prix 2019 in Osaka. Kouzi remains firmly cemented in the fifth spot following his third win in his last four bouts. His only loss in this stretch came against top-ranked kickboxer Takeru. Ninth-ranked Suarek Rukkukamui continued his winning ways with his 99th career victory following a unanimous decision over Shota Saenchaimuaythaigym at REBELS.62 in a Muay Thai rules contest. China’s Zhao Chongyang debuts in the rankings following Ilias Ennahachi’s move to the bantamweight division. Chonyang scored a first-round knockout against the Netherlands’ Pietro Doorje to capture the Enfusion 60-kilogram title at the Wu Lin Feng 67-kilogram World Cup. Chongyang debuts in the eighth position. He has won six of his last seven bouts, including five by way of knockout.

Second-ranked strawweight and former Krush bantamweight champ Akihiro Kaneko scored a unanimous decision over Yuta Hayashi at K-1 Krush Fight Night 104 to push his undefeated mark to 9-0 with four knockout wins. China’s Wang Junguang moves up three spots to seventh following a spinning back kick to the liver against Jorge Varela in the fourth-round of their Enfusion 57-kilogram title match at Wu Lin Feng 67-kilogram World Cup. Due to Junguang’s upward movement, Gunji Taito and Alex Rivas drop two positions and Astemir Borsov moves up two spots as a result of his past victory over Juanguang.