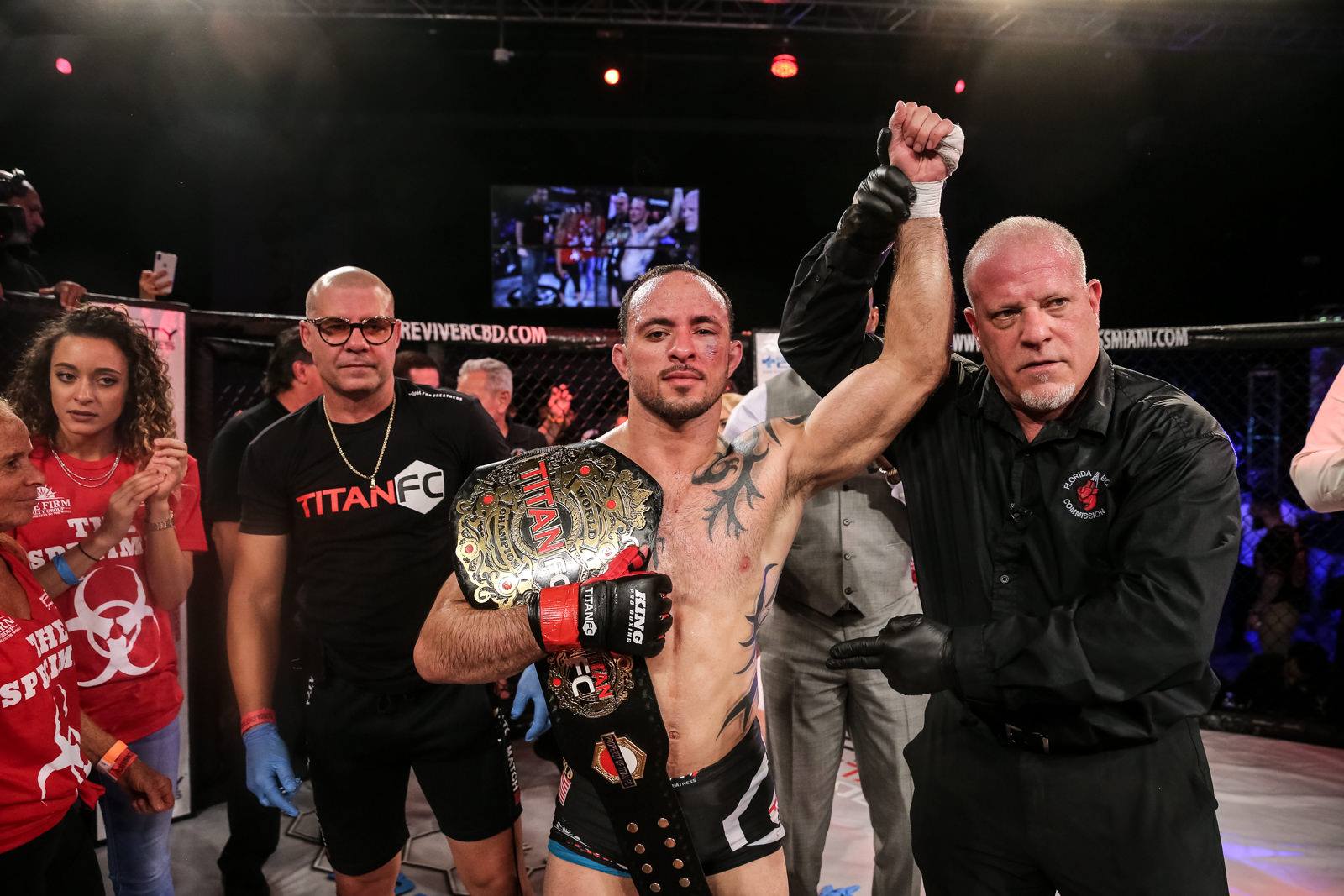 In the night’s main event, the promotion’s featherweight strap was on the line as Jason Soares took on Andrew Whitney. Soares sported a spotless 13-0 record, but did fall short on The Ultimate Fighter 22. The veteran Whitney has been competing for nearly a decade and has been a staple of Titan FC.