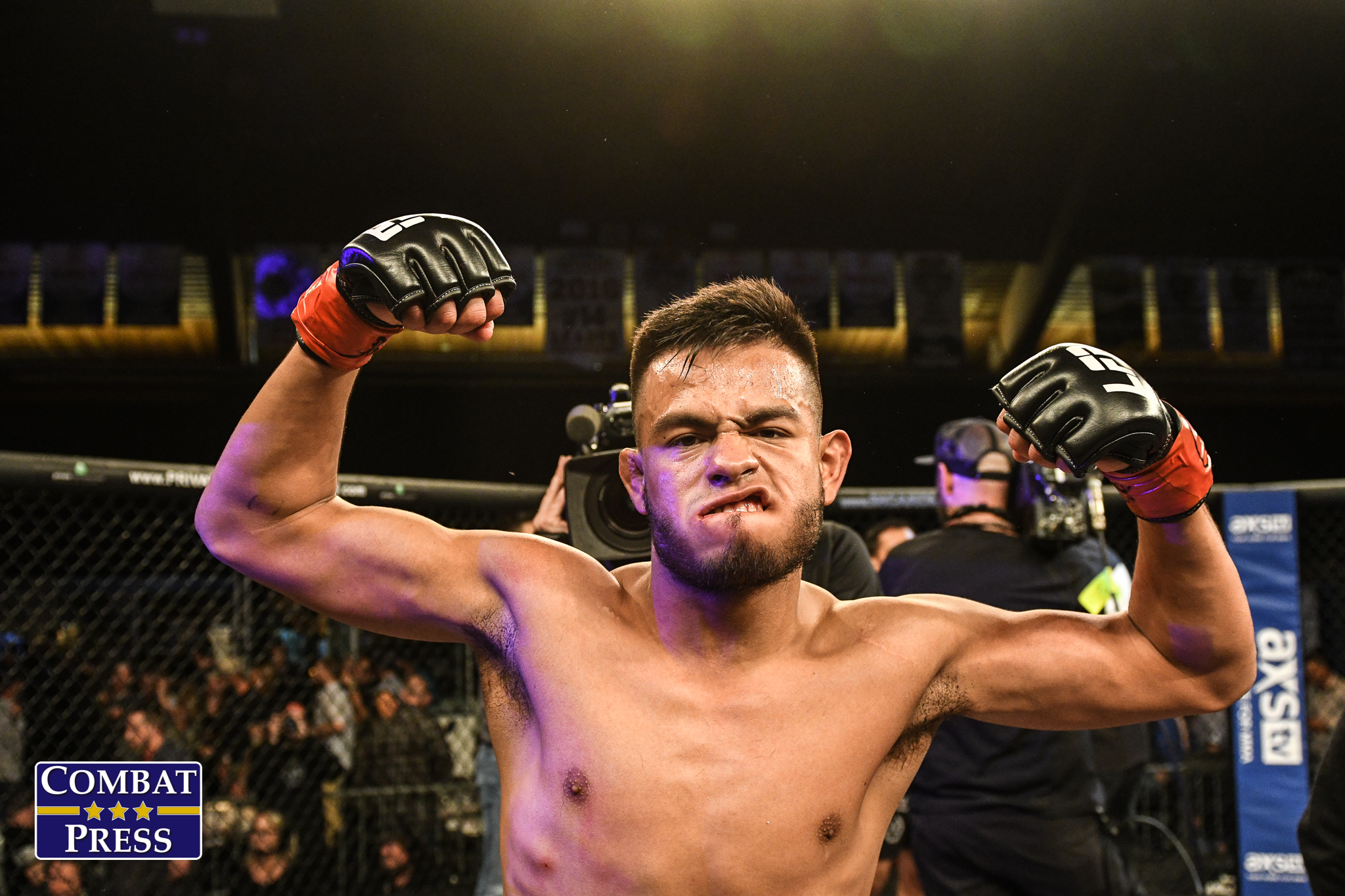 On Friday, May 3, Legacy Fighting Alliance hosted its 65th event from the Dobson Arena in Vail, Colo.

In the night’s main event, Colorado’s Brandon Royval took on New Mexico’s Joby Sanchez in a flyweight contest. Royval looked to rebound from an interim title fight loss to Casey Kenney in his last outing. Prior to that, he had won three straight. The UFC veteran Sanchez looked to make it two straight victories inside the LFA cage, having topped Demetrius Wilson in his last outing.

Below is a photo gallery of the night’s action shot by Phil Lambert of Combat Press. Click an image for a larger version.