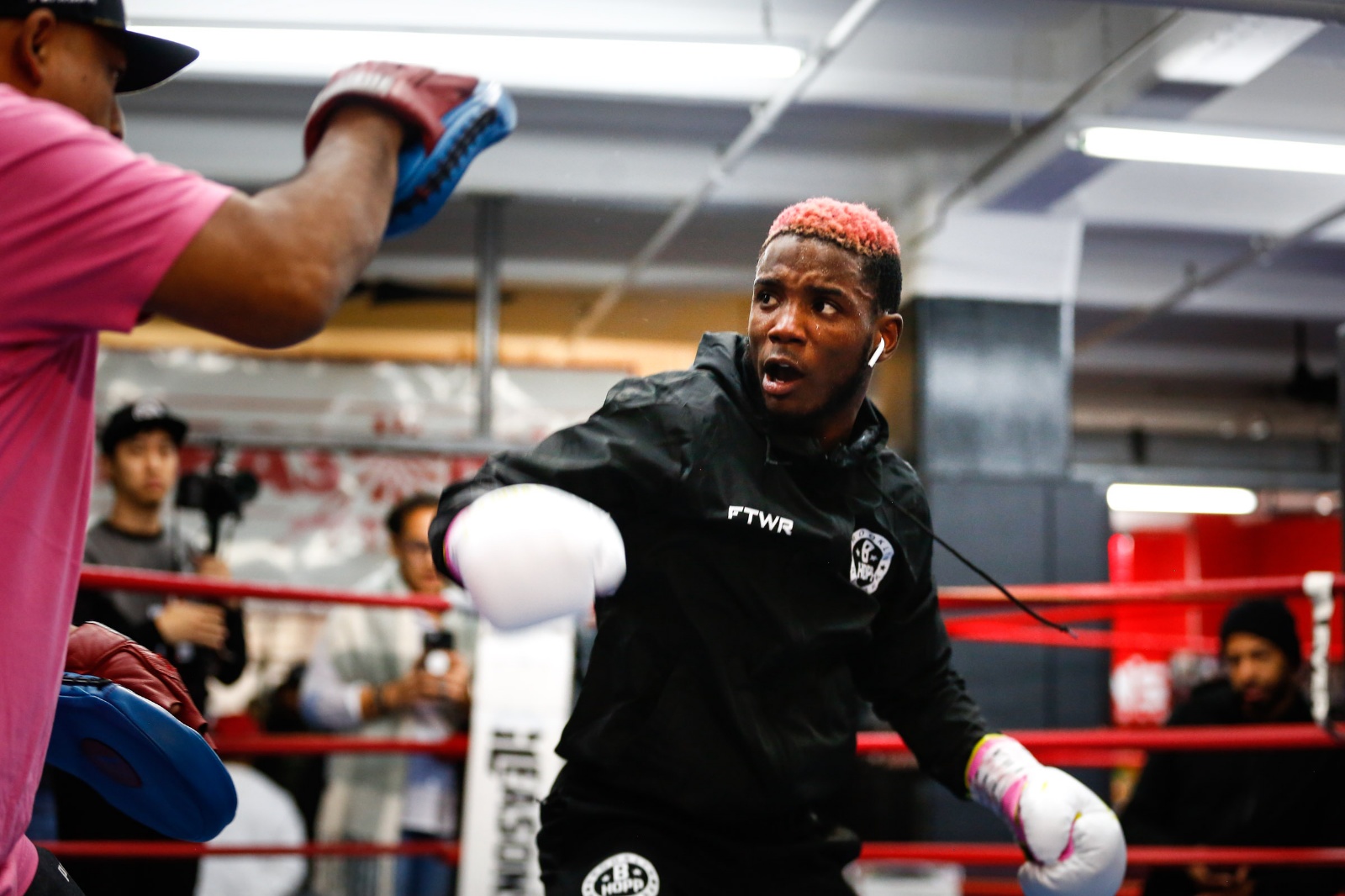 PBC’s Chris Colbert: An Unlikely Journey to the Top

It’s no secret at this point that Al Haymon and Premier Boxing Championship have a wealth of young fighters with the potential to be world champion. Saturday’s Fox Sports 1 event, headlined by Peter Quillin and Caleb Truax, has a few members of this stable that fit that mold, with one in specific that many believe might not be too far away from carrying gold around his waist. “Lil B-Hop” Christopher Colbert has lived up to the hype and continues to take the next step in his evolution as a fighter when he fights Mario Briones in just his 11th professional contest.

Ask boxers what brought them into boxing, and many responses are the usual, “I just love boxing, so I decided to pursue it.” Some, including Colbert, have more layered responses. His entrance into the sport was about two things: letting the anger out in a more imperative way and saving himself from continuing to go down a path involving poor life choice after poor life choice.

“I used to street fight a lot, and that was meant to happen,” Colbert told Combat Press. “I used to tell my teachers, ‘I think I have short, angry, black-man syndrome.’ That’s what I really felt like I had when I was younger, because I was so small and I felt everyone was against me, so I always wanted to fight. I took my anger out on anybody, and that’s how it happened. One day, my friend told me, ‘Let’s go to the gym and fight instead of fighting in the streets.’ I didn’t expect it to be what it was — coaches and everything. I just expected it to be a ring with some gloves I can put on and I can just whoop his ass, but I walked in there and it was totally different.

“I never had anybody tell me they can beat my ass, so when I walked in there, a kid named Bruce told me, ‘I’ll whoop your ass,’ and I was with my two friends, and being who I was, the first thing that came to mind was, ‘OK, come on, let’s go outside,’ but he was talking about in the ring. That right there motivated me to come every day. If somebody said they’re gonna whoop my ass, I take that serious.”

Then there was the motivation to do something bigger with his life, or at the very least put himself in a situation to one day be successful.

“Yeah, I needed something out — I needed a way out,” Colbert admitted. “The environment I was in — I was in the streets, but I was, like, growing up where I come from, it’s either getting into something for real, and you don’t want to get in that something, because that something is either dead or jail.”

Pat Russo, the founder of the Atlas Cops and Kids Boxing gym that Colbert joined when he was a young teen, was the man with whom Colbert quickly built a relationship. The boxer credits Russo for helping him make the right choices, and not just in the boxing gym.

“He’s like a father figure in my life, too,” explained Colbert. “Actually, more like a grandfather. He made sure we got everything intact, when it comes to taxes, life in general, our bills are paid. He’s always been there for us when we needed him. He paid for a lot of our amatuer trips. He made sure we were doing what we’re supposed to be doing when we’re in school, too.

“I never liked school, but I did have good grades, because they made it our commitment to bring our report cards to the gym. So I was like, all right, I gotta bring my report card to the gym, [and] I can’t have too crazy of a grade, because they gonna kick me out. Pat, he really helped change my life. Him and [Aureliano] Sosa really put the exclamation mark on my life. They always said [to] stay focused, stay in the gym, [and] don’t let the streets pull you back in.”

Colbert is hoping to provide that same kind of inspiration to children. He has become increasingly involved in the community.

“My mindset changed, of always being about myself,” said Colbert. “I told myself this is what I want to do. The same way they got me off the streets, I want to get them off the streets. My plan right now is, what I’m doing with my older brother, is we’re looking for a gym to open up that will be free of charge for kids on certain days. That’s how I’m going to start my journey of giving back.

“I love when kids come up to me and to their friends [and] be like, ‘Oh yeah, he come from our area. He’s from our hood, and he made it out.’ It shows me that I’m doing something well. I’m doing what I’m supposed to be doing. And me and Buster Skrine, we have a plan to get a summer camp going on with a bunch of activities to help kids. I just want to give back as much as I can to my community and other communities that need it, because I remember growing up I didn’t have none of this. Free wasn’t ever for me. I had to work hard for what I have now. That’s my motto: ‘Free is for me.’”

Colbert will look to add to his credentials Saturday in Minneapolis. The kid from New York has already made it from the streets to the ring. He won’t settle with just that, though. Colbert won’t stop until his championship dreams are realized.