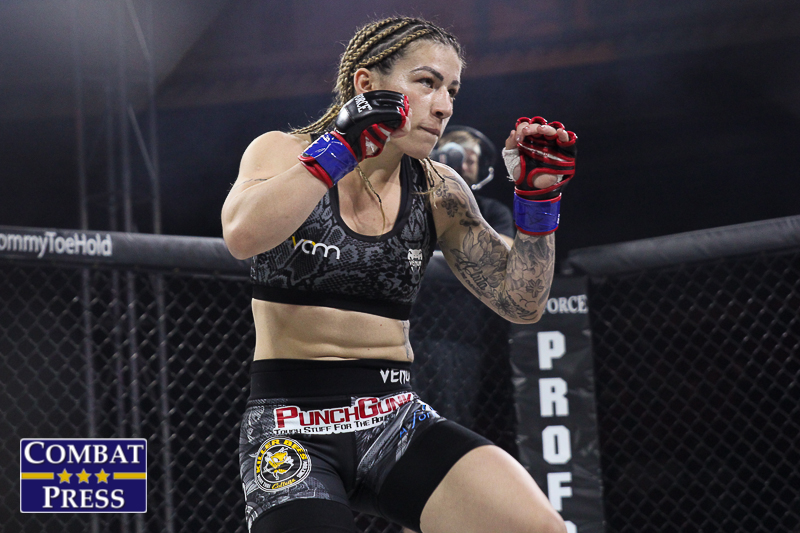 Invicta Fighting Championships is returning MMA to its roots.

The all-women promotion has announced its Phoenix Rising Series, which features a one-night, eight-woman tournament.

The tournament will feature one-round fights in the quarterfinal and semifinal rounds, with the tournament final being a three-round affair to determine the champion.

Tournament match-ups will be determined during a random draw prior to the event.

Invicta is adding a twist to the quarterfinal fights, offering the fastest finsher the ability to pick which of the three remaining fighters they would like to fight. If there are no finishes in the quarterfinals, the promotion will again randomly draw for the semifinal match-ups.

Additionally, each finish during the tournament will earn the winning fighter a monetary bonus

The first event of the Phoenix Rising Series will take place from Memorial Hall on Friday, May 3 and airs on UFC Fight Pass. The tournament will take place in the strawweight division and the field of eight fighters features numerous title challengers and UFC veterans.

The Phoenix Rising Series will also feature a new commentary team as former Invicta fighter Laura Sanko will call the play-by-play with veteran cageside analyst Jimmy Smith at her side.

A tournament reserve match-up will be added to the fight card in the coming weeks.