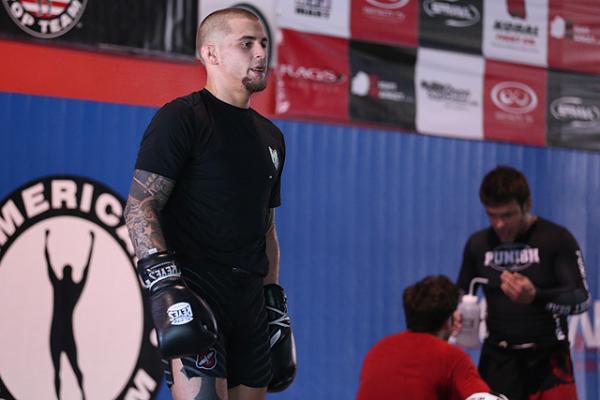 UFC featherweight champion Max Holloway will attempt to join the short list of fighters to win titles in different weight classes on April 13 at UFC 236.

Holloway will move up to lightweight in an interim title fight against Dustin Poirier. The opportunity comes just days after the No. 3-ranked Poirer took to Twitter to express frustration with the promotion and a desire to be released.

Poirier has been on a five-fight unbeaten streak dating back to 2017. However, this will be his first-ever title shot, interim or otherwise, since he debuted for the UFC in 2011.

Holloway was last inside the Octagon at UFC 231 in December, earning a TKO victory by way of doctor stoppage against Brian Ortega in his second defense of the featherweight title.

The Hawaiian has expressed interest in moving up to lightweight before, having attempted to save the main event of UFC 223 by fighting Khabib Nurmagomedov. However, the overseeing athletic commission ended his drastic short-notice weight cut due to health concerns.

Nurmagomedov, the current lightweight champion, is in the midst of a suspension for his role in the UFC 229 brawl involving Conor McGregor. He was suspended nine months and given a $500,000 fine for the incident by the Nevada State Athletic Commission.

The UFC offered former interim lightweight champion Tony Ferguson the Holloway fight but he declined it according to UFC President Dana White.

Another interim title fight between middleweights Israel Adesanya and Kelvin Gastelum will serve as the night’s co-main event.