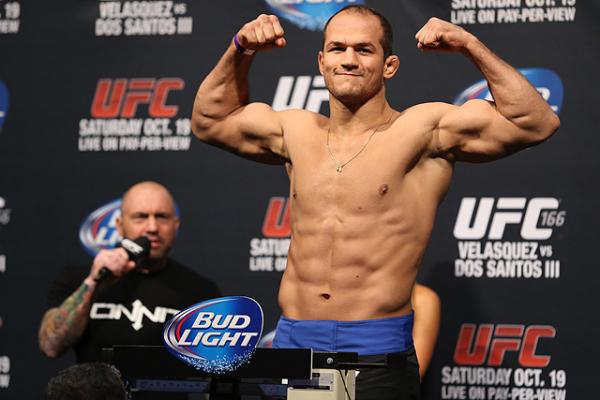 On Saturday, Dec. 1 (in North America), the UFC will visit the Adelaide Entertainment Centre in Adelaide, Australia for UFC Fight Night 142: dos Santos vs. Tuivasa.

The night’s main event features a heavyweight clash between former champion Junior dos Santos and undefeated prospect Tai Tuivasa. The Brazilian dos Santos returned to the win column in July, defeating Blagoy Ivanov by lopsided decision. Prior to that, the 34-year-old fell short in his bid to recapture the title at UFC 211 against then-champion Stipe Miocic. Tuivasa, meanwhile, has opened his career with 10 straight wins, including three straight inside the Octagon. In his most recent outing, he bested another former titleholder, Andrei Arlovski, on the scorecards.

The fighters hit the scales on Friday, Nov. 30. Results will be posted as soon as they become available.