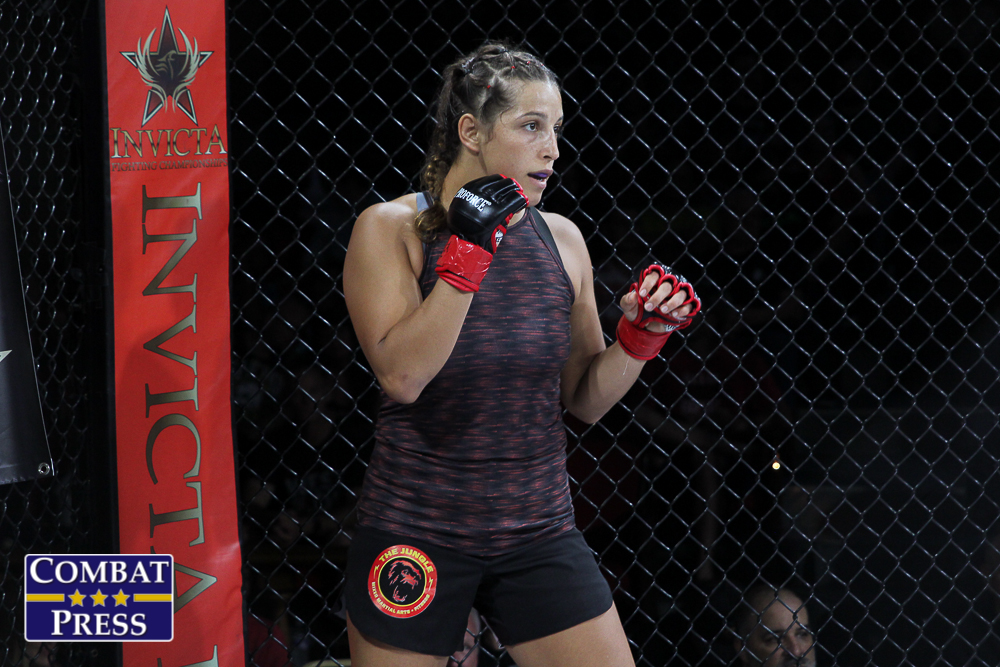 On Friday, Nov. 16, Invicta Fighting Championships hosted its 32nd from the FireLake Arena in Shawnee, Okla.

In the night’s main event, undefeated Felicia Spencer and veteran Pam Sorenson battled for the vacant featherweight title. Spencer, who has spent her entire professional career under the Invicta banner, was coming off a second-round submission win over Helena Kolesnyk at Invicta FC 30. Sorenson, meanwhile, had won five of her last six. Her most recent Invicta appearance also came against Kolesnyk, whom she submitted in the first round.