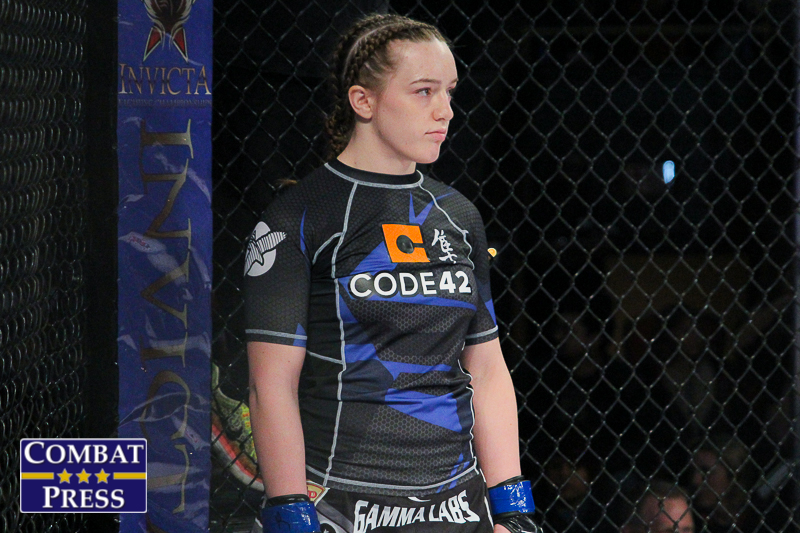 The month of October was silent for the featherweight division, but expect some shifting to happen in November. Felicia Spencer is set to square off with Pam Sorenson for the vacant Invicta featherweight championship in the headlining bout at Invicta FC 32. Cindy Dandois will compete under the Bellator banner when she takes on surging prospect Olga Rubin in what could be an interesting affair.

Dropped from the rankings: Sara McMann (10)

The bottom half of the bantamweight rankings undergo a major reshuffling courtesy of UFC 229. Formerly unranked Aspen Ladd storms to the seventh spot with her dominant win over Tonya Evinger. Ladd’s inclusion pushes Sara McMann out of the top 10. Yana Kunitskaya holds onto her top-10 spot with a victory on the same card over Lina Länsberg. In November, Raquel Pennington looks to jump back into the win column against Germaine de Randamie, who is on the hunt to reclaim a top-10 spot for herself.

October was a slow month for the flyweight division. The only top-10 fighter in action this month will be Roxanne Modafferi, who seeks to avenge her The Ultimate Fighter loss (which does not count on her pro record) to Sijara Eubanks when the two rematch at UFC 230.

Despite the fact that two top-10 fighters fought each other in October, the rankings remain the same. Michelle Waterson outworked Felice Herrig at UFC 229 to stay just a spot ahead of the Illinois-based striker. There are no top-10 fighters scheduled to fight in November, but a lot of the women on the fringes of the rankings will be in action.

The rankings remain nearly identical this month for the atomweights since none of the ranked fighters competed. In November, Ashley Cummins continues her quest to inch up the rankings when she takes on the undefeated Jessica Delboni at Invicta FC 32.