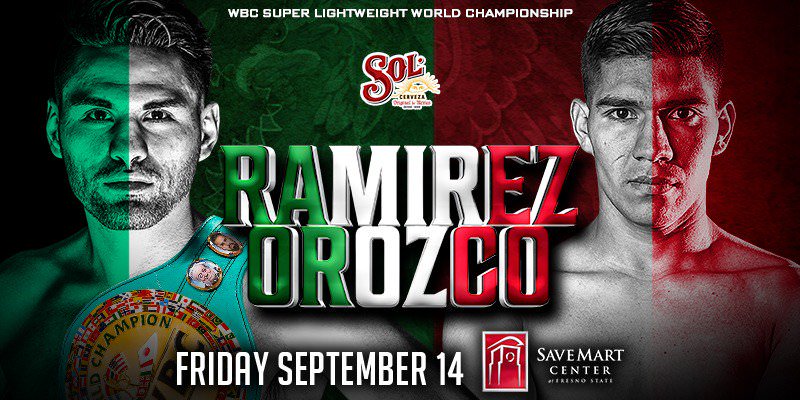 On Friday, Sept. 14, Top Rank returned to ESPN from the Save Mart Arena in Fresno, Calif., for Ramirez vs. Orozco.