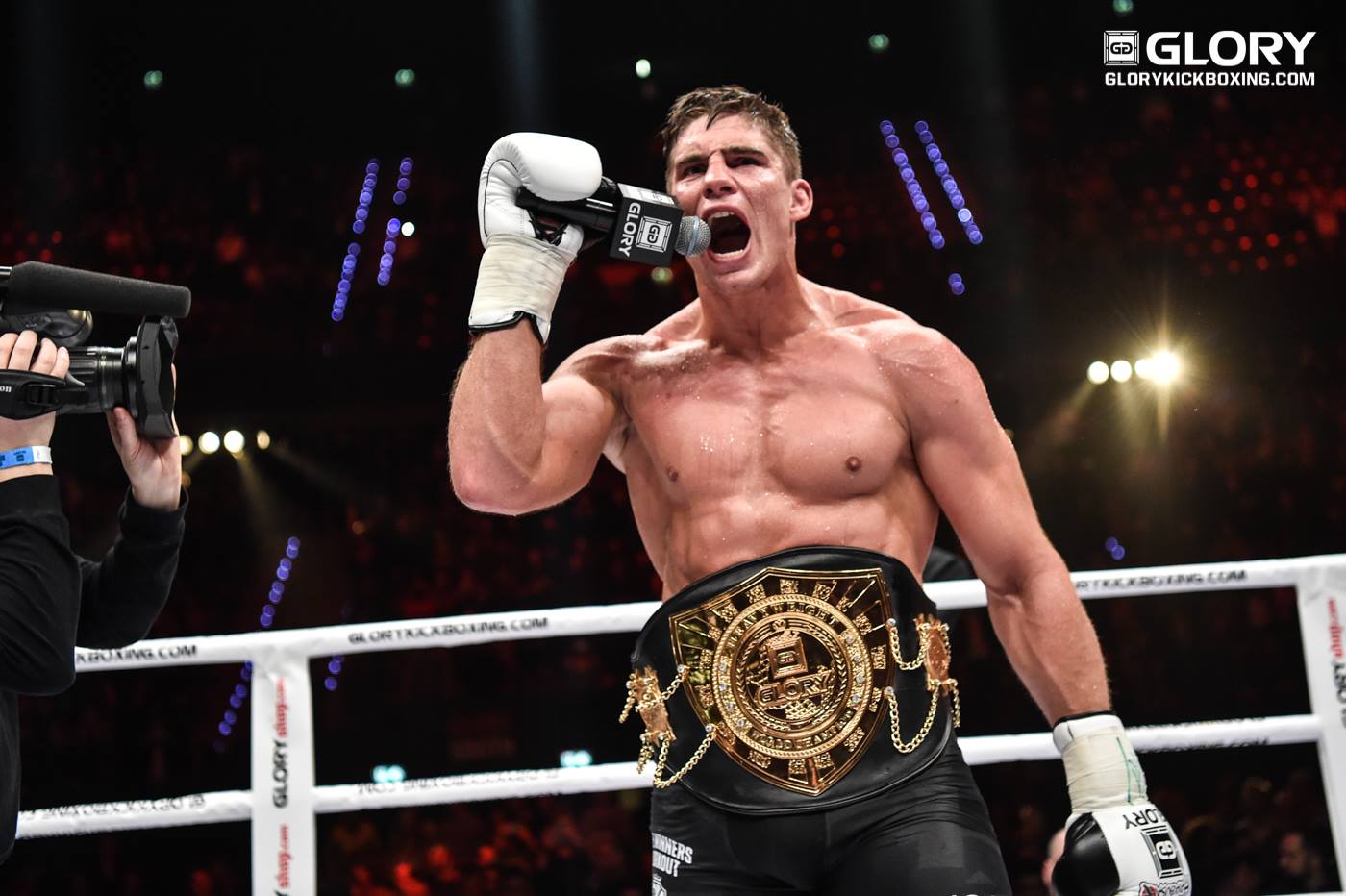 GLORY Kickboxing’s Summer of GLORY concluded with a massive event from the Johan Cruijff Arena in Amsterdam on Saturday, Sept. 29.

In the night’s headliner, heavyweight champion Rico Verhoeven took on Brazilian challenger Guto Inocente. Verhoeven had defended his belt seven straight times since capturing the title in 2014. His winning streak inside the GLORY ring stood at 16. Inocente looked to dethrone the world’s top-ranked heavyweight riding the momentum of wins over Benjamin Adegbuyi, D’Angelo Marshall and Hesdy Gerges.

The night’s SuperFight Series was also filled with big names. Former welterweight champion Murthel Groenhart returned to action, squaring off with Mohammed Jaraya. Recent title challenger Alim Nabiyev was also back in the ring, facing off with Aruba’s Eyevan Danenberg.

The four-fight GLORY 59 preliminary card streamed live on the promotion’s social platforms at 11:30 a.m. ET. The SuperFight Series followed at 1 p.m. ET live on UFC Fight Pass, with the main-card action kicking off at 3:30 p.m. ET on ESPN 3.