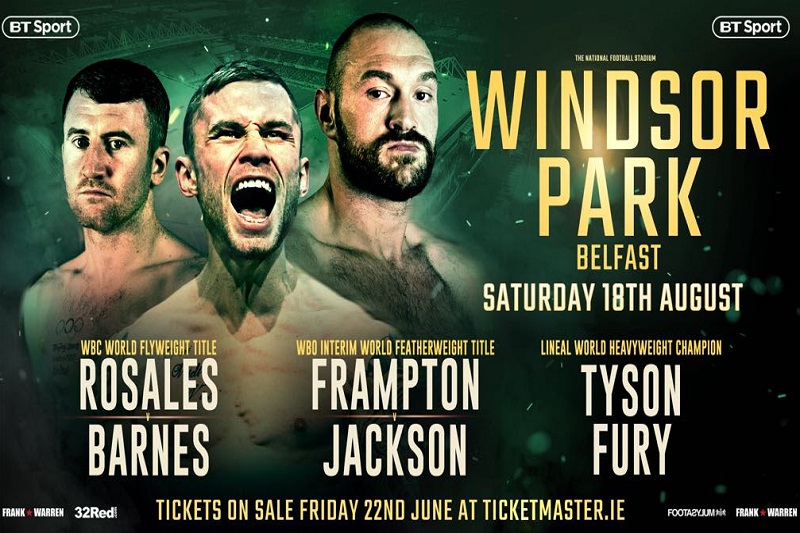 In the night’s main event, current interim WBO world featherweight king Carl Frampton defended his title against undefeated Australian Luke Jackson, who had been victorious in all 16 of his professional fights prior to the bout. Frampton had won back-to-back fights agaisnt Nonito Donaire and Horacio Garcia since losing his WBA super world featherweight belt to Leo Santa Cruz in the pair’s rematch.