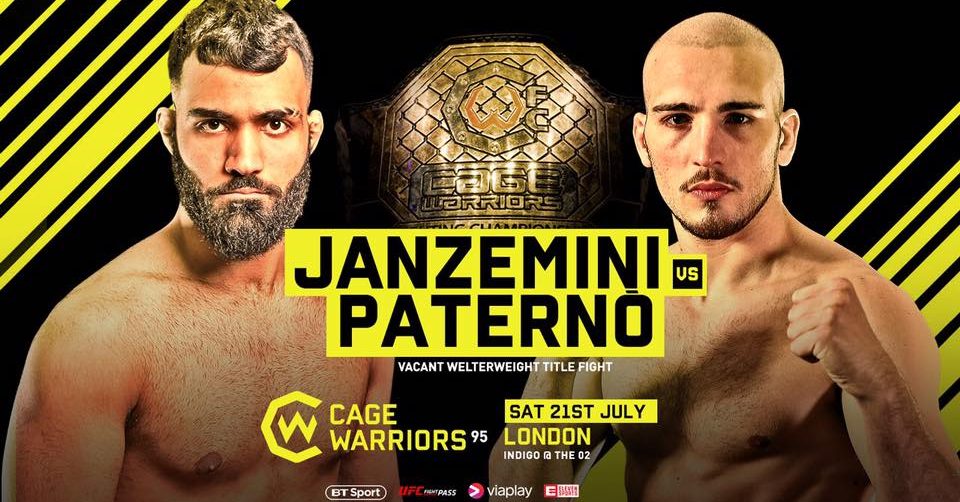 On Saturday, July 21, Cage Warriors held its 95th event from the Indigo at the O2 Arena in London, England.

In the night’s main event, 22-year-old Italian prospect Stefano Paterno knocked out Iran’s Mehrdad Janzemini in the first round to win the Cage Warriors welterweight title.