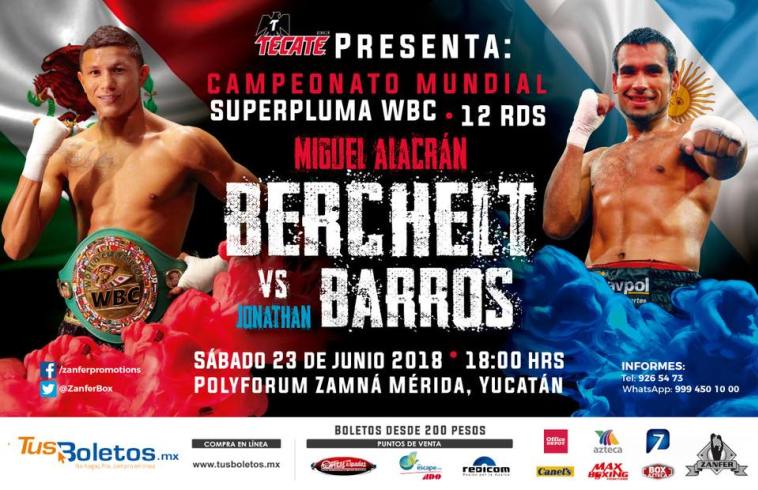 On Saturday, June 23, Zanfer Promotions and Top Rank presented Berchelt vs. Barros from the Polyforum Zam Ná in Merida, Mexico.