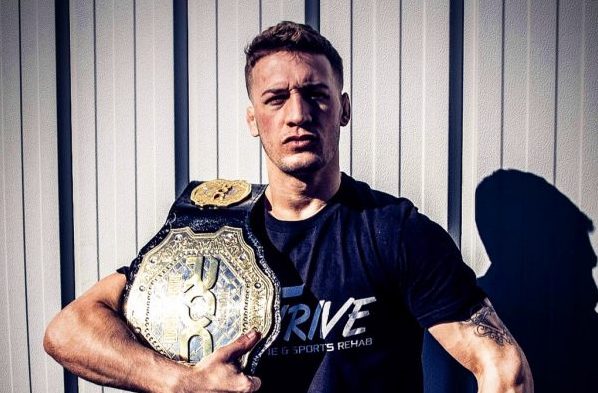 ROC 63’s Phil Caracappa: ‘What it Takes to be a Superstar’

Some athletes are made for the spotlight, and some simply aren’t. There are countless examples of great athletes in any sport who just don’t have the hot jersey sales or the commercial endorsements, but they still make a lot of money and are very successful.

One of the things that sets the high-profile athletes apart from the worker bees is star power. In MMA, for example, people like Ronda Rousey and Conor McGregor are not just stars because of what they say or how they perform. They also have a look and a swagger that makes them stand out from the pack. Even though both of them have had their fair share of dominant performances, they had lackluster outings too. Yet, both have parlayed their star power into some serious financial gain.

Lou Neglia’s Ring of Combat is one of the top regional MMA promotions in the United States. The promotion has sent quite a few stars to the big show. Former UFC champions Frankie Edgar and Chris Weidman were both products of this company. Current ROC bantamweight champ Phil Caracappa feels he has what it takes to be the next big star to come out of the feeder organization.

At 25 years old, Caracappa understands this business. Too many fighters think that if they work hard and keep winning, they cannot be ignored by the big promotions. This is simply not the case. Ask Ben Askren.

Askren is a successful fighter on paper, but he was released by Bellator MMA, because the wet-blanket approach to fighting just doesn’t get people excited. He has gone on to the ONE Championship organization and remains undefeated in his career, but apparently that isn’t good enough. People want to be entertained.

While Caracappa’s amateur career had its share of ups and downs, the New Jersey native is now 5-0 as a pro. He has a background in wrestling from third grade through his senior year in high school, and with coaches Dante Rivera and Brian Wright at the helm, his MMA game has only gotten better.

“I would attribute my success so far partially to all my coaches and teammates, but also to my grit,” Caracappa said. “I put everything in it to win it, and there’s not an ounce of quit in me.”

With his fair share of decision outcomes, nobody can question Caracappa’s grit. His last fight took place at ROC 62 just three months ago. Caracappa captured the title with a decision win over Brandon Urquijo. He doubted himself at times in the fight, but he came out on top. It’s all part of the learning experience.

“I feel like I questioned my cardio a bit during the fight,” said the former wrestler. “But after the fight, I feel like I’m able to push so much harder to the end of the fight without having to worry about getting tired or fatigued.”

Caracappa’s first title defense comes on Friday night in the co-headliner of ROC 63 in Atlantic City, N.J. He faces CES MMA veteran Miguel Restrepo, who is currently sitting at 5-4-1 as a pro. Restrepo had a good start to his career, but then dropped three in a row before picking up a knockout win just a month ago.

“I went through four or five different guys who said no and then a couple pulled out,” Caracappa said. “Now, I’ve got this guy from Miami. He’s definitely a vet. I think he has like 11 pro fights. He’s a tough dude. It looks like he likes to go out there and brawl. I don’t pay too much mind to my opponents, but I did a little research.”

The more Caracappa wins, the closer he gets to being able to unleash his star power on a bigger stage.

“Of course, my goal is to make it to the UFC after every fight,” said the up-and-coming bantamweight. “That’s my entire goal. Realistically, I want to be 8-0 by the end of December, going into 2019. I go out there Friday night, showcase my skills, get the win, be 6-0 and then fight another two times by the end of the year.”

In addition to his training with Rivera and Wright, Caracappa spars at UFC veteran Nick Catone’s gym in Brick and Brazilian Jiu-Jitsu legend Ricardo Almeida’s gym in Robbinsville. When he’s not training or sparring, he likes to get outdoors.

“I like to go out with my friends,” Caracappa said. “I definitely like to be out. I like to play sports too. I like to be outside — basketball, baseball or in nature hiking. I’m always on the go. One of my favorite spots is Mount Tammany. I also like to go to the Catskills and stuff. That’s where I do most of my hiking.”

Some guys are made for a desk job. Others are inclined to do more physical work instead. Caracappa not only has the star power to make a big splash at the next level, but he has the physical drive as well.

“I definitely prefer the physical pain over the mental headaches,” Caracappa explained. “I’m just so used to pushing my body to the limit. I like pushing myself to getting tired and so fatigued that I’m almost comfortable being in an uncomfortable position. I love the grind.”

Like many wrestlers, Caracappa embraces the grind. On Friday night, he will be ready to showcase his star power and work ethic in the co-main event at ROC 63. A win will get him that much closer to the spotlight.

Caracappa would like to thank his coaches and training partners at Dante Rivera BJJ Academy, Killer B Combat Sports Academy, Nick Catone MMA & Fitness, and Ricardo Almeida BJJ Academy. He would also like to thank his recovery team at Thrive Spine & Sports Rehabilitation, his family, friends, fans and sponsors. Follow Phil on Twitter: @PhillyCaraMMA and Instagram: @PhillyCara
Advertisement