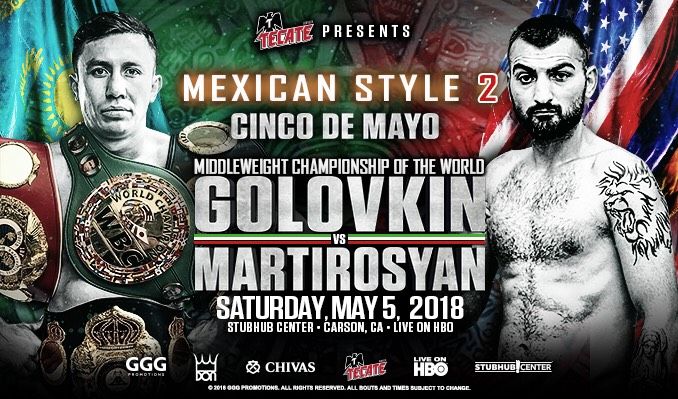 On Saturday, May 5, HBO Boxing returned to the StubHub Center in Carson, Calif., for Golovkin vs. Martirosyan.