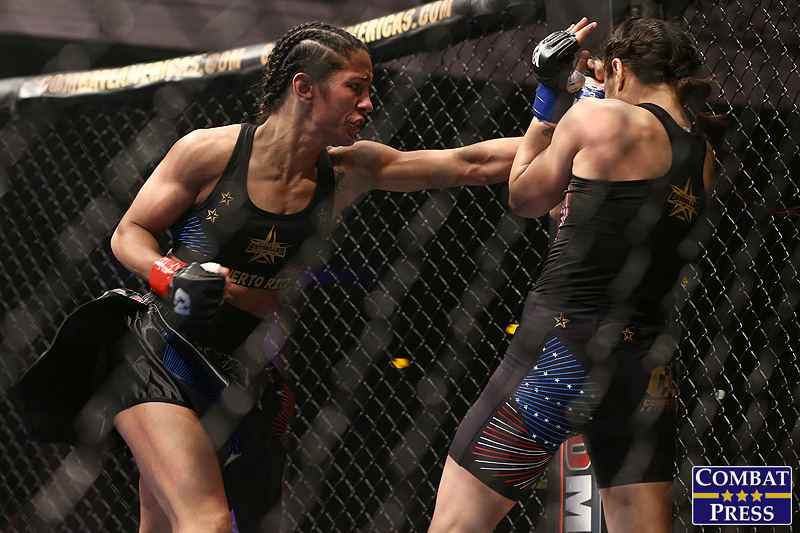 Also on the card, women’s boxing star Amanda Serrano made her MMA debuting, fighting to a draw with Corina Herrera.

Below is a photo gallery of the action shot by Dave Mandel for Combat Press. Click an image for a larger version.