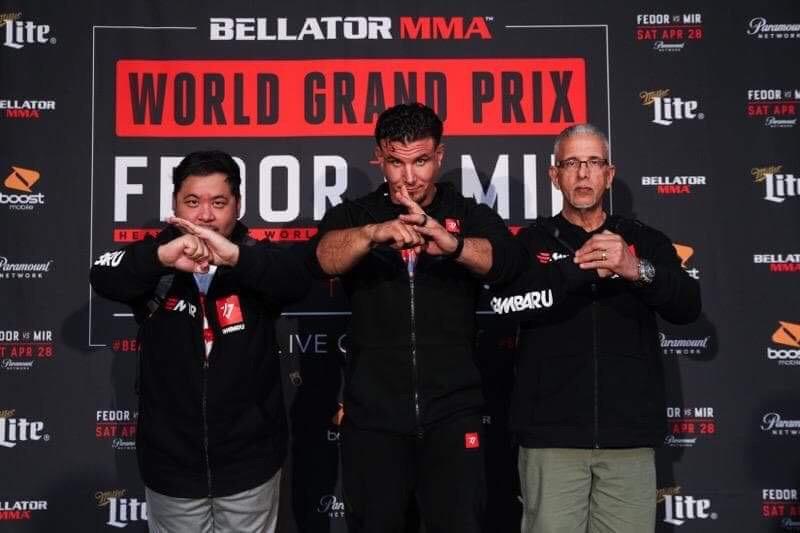 Although the fight between Mir and Emelianenko is one that many believe should’ve happened over a decade ago, it’s happening now. Yes, time changes everyone, but the fight is still one you can’t miss. Both men know this fight still means something to their legacy and both men are fighting for more than just to satisfy this long-awaited match-up.

For Mir, a fight against Emelianenko means more to him than the man he became most famous fighting against, Brock Lesnar. In the lead-up to this fight Mir said that fighting Emelianenko meant more because he saw Fedor as much more of a fighter and Lesnar more as a marketer.

“As far as fighting wise, Fedor is much more accomplished martial artist and dangerous,” said Mir. “When it comes to fighting Brock Lesnar, it’s more beneficial for my pocket book. While Fedor is less of a marketer, he’s much more dangerous as a fighter.”

Mir has long been known for his ground game and jiu-jitsu skills, he credits his striking coach Angelo Reyes for helping bring back all of his game as he returns to the cage. Growing up with a karate background, Mir credits Reyes with helping him realize things he may have thought he was doing wrong, were actually being done right, and it can help advance all levels of his game.

A fight against Emelianenko is certainly important to Mir, but there’s much more on the line than just a legacy fight.

Returning to the fight game also means Mir gets to get out of the every day lifestyle things that have come first in his two years away from the sport.

“It’s really nice to get paid to train again because I don’t have to do everything around the house,” admitted the former UFC titleholder. “While I was on the sidelines I would tell my wife I have to go train, but she’d tell me I’d have to take the garbage out or clean up the backyard. Now, it’s back to normal, when she asks me to take the garbage out I tell her I have a fight to train for and we have to hire someone to do all that shit. So now I hope I can fight to 90.”

As one half of the Phone Booth Fighting podcast with Richard Hunter, being a color commentator for ACB, and working in stand-up comedy, Mir has found many outlets to keep him busy and occupied outside of fighting, but that doesn’t change his ultimate goal. As he steps back into the cage after two years and makes his debut for Bellator, Mir eyes a legacy-defining win against Emelianenko which he believes will lead him to become the Bellator heavyweight champion. For Mir, that would mean a return to normal life.