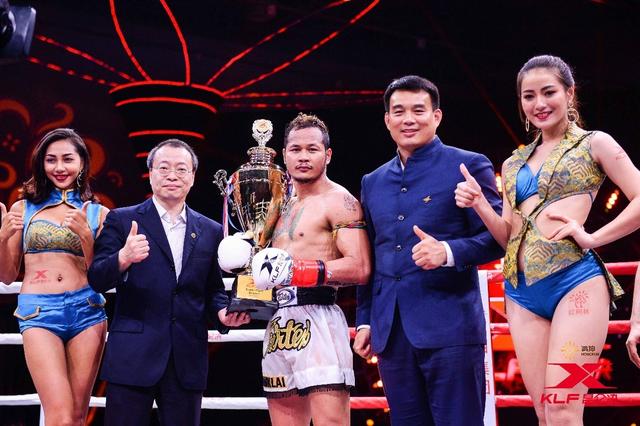 The 2017 64-man Clash of Titans 70-kilogram semifinals features top-10 kickboxers Superbon Banchamek and Marat Grigorian against Sergei Kuliaba and Dzianis Zuev, respectively. The 2016 tournament champion Superbon returns to the ring for the first time since his monumental upset against Endy Semeleer in the finals of the eight-man, one-night 72-kilogram tournament at Enfusion Live 59 in December. Prior to the defeat, Superbon was victorious in 14 straight fights including big wins over Sitthichai Sitsongpeenong, Davit Kiria, Mohamed Khamal and Jomthong Chuwattana. Kuliaba recently fell short against multiple-time K-1 world MAX champion Buakaw Banchamek, however. The Ukrainian kickboxer has defeated Tia Xin, Victor Nagbe, Andrei Kulebin and Nikola Cimesa.

On the other side of the bracket, former K-1 70-kilogram champion Marat Grigorian takes on 2014 Kunlun Fight tournament champion Dzianis Zuev. Grigorian put forth a solid 2017 campaign with knockout victories over Jomthong Chuwattana, Antonio Gomez and Anton Petrov. The two-time GLORY title challenger moved into the final four with a decision victory over top-10 foe Mohamed Mezouari. Belarus’s Zuev has won five straight since a decision loss to Mezouari last January.