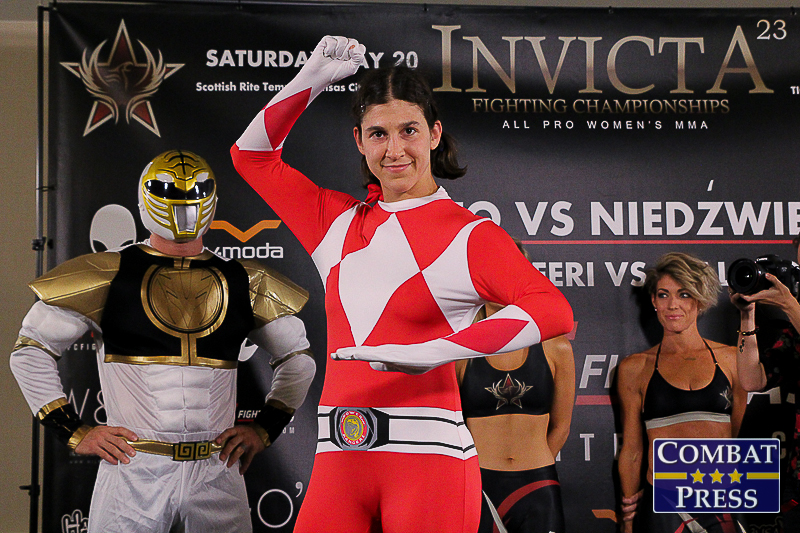 On Friday, Dec. 1, the UFC will host The Ultimate Fighter 26 Finale from the Park Theatre in Las Vegas.

In the night’s main event, the promotion will crown an inaugural women’s flyweight champion as Sijara Eubanks and Nicco Montaño battle in the finals of The Ultimate Fighter 26. Eubanks, an Invicta FC veteran, earned her place in the finals with wins over Maia Stevenson, DeAnna Bennett and Roxanne Modafferi. Montaño, meanwhile, edged Lauren Murphy, Montana de la Rosa (Stewart) and Barb Honchak on her way to the title match-up.

The card features 14 of the 16 members of the reality show cast, as well as four additional bouts.

The fighters will hit the scales at 8:30 p.m. ET on Thursday. A live video feed appears above (courtesy of the UFC), while the results appear below.

# – Eubanks did not weigh in after visiting the hospital for medical reasons. She will be replaced in the title fight by Roxanne Modafferi.

* – Murphy weighed in as an alternate and will now Honchak