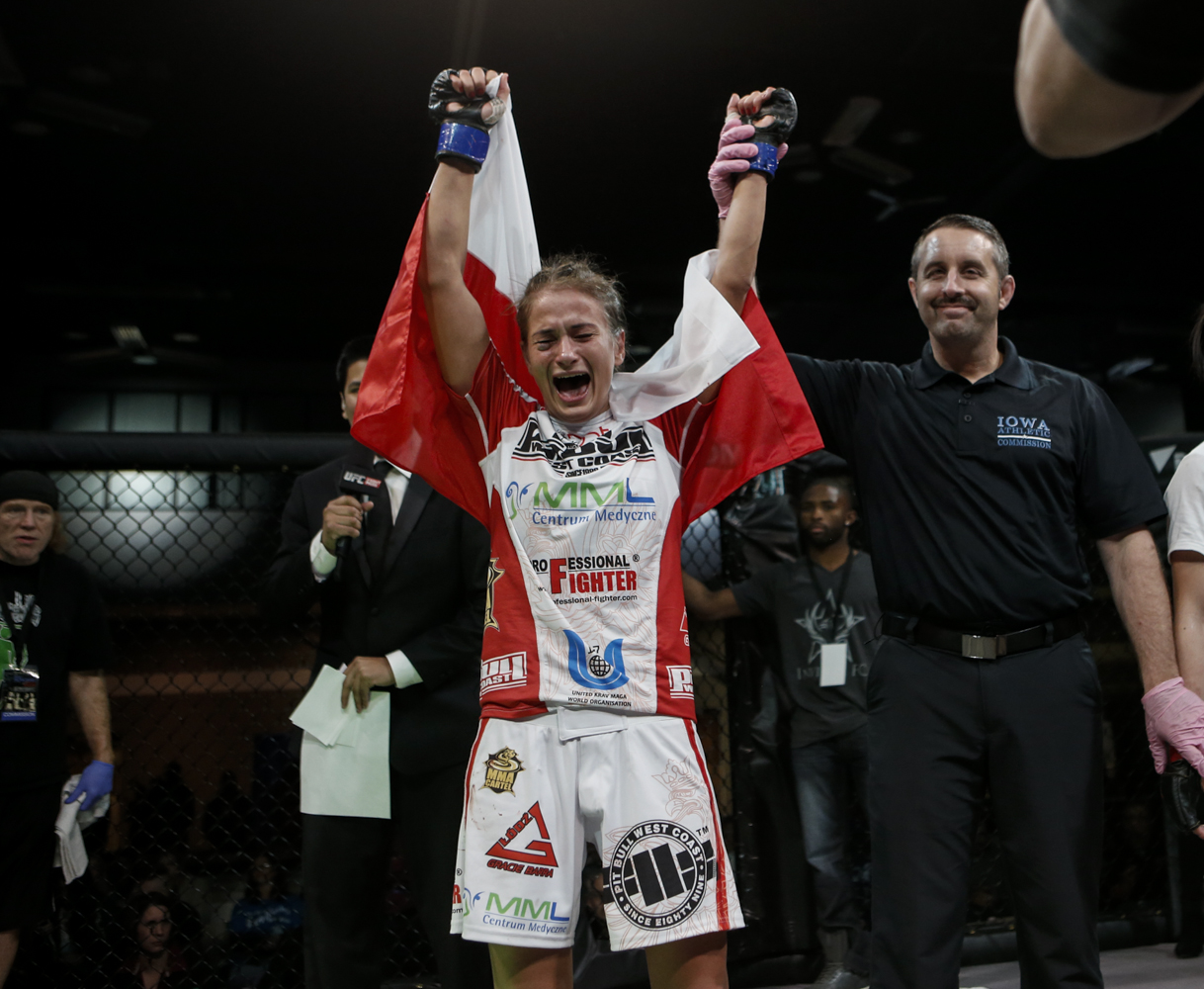 No top-10 featherweights were in action in the month of October. It appears that will be the case for the month of November as well.

None of the top-10 bantamweights were in action in October, nor are they scheduled to fight next month. However, one big piece of news emerged in October. Raquel Pennington was to be the next fighter to challenge Amanda Nunes for the UFC title, but an injury will prevent her from taking part in that fight. This leaves the champion in need of a challenger while Pennington travels the road to recovery.

A top-10 flyweight finds herself out of the rankings as a result of a loss in October. Kalindra Faria was upended in her UFC debut by Mara Romero Borella. With Faria’s departure from the top 10, Sabina Mazo claims the No. 10 spot all to herself. In November, Ilima-Lei Macfarlane looks to continue her quick ascent up the flyweight ladder when she fights for the vacant Bellator flyweight title. Her opponent will be Emily Ducote. The pair met previously during their Bellator tenures, and it was Macfarlane who emerged with the unanimous-decision victory.

Karolina Kowalkiewicz solidified herself as a top-five strawweight with a win over Jodie Esquibel in her home country of Poland. She now makes her march toward the title picture. Her fellow Polish star, UFC champ Joanna Jędrzejczyk, will defend her belt yet again in the month of November. Jędrzejczyk meets Rose Namajunas at UFC 217. Another win would solidify her as the most dominant fighter outside Cris Cyborg in women’s MMA.

The atomweights were quiet in October, and it looks to be the same way in the month of November.