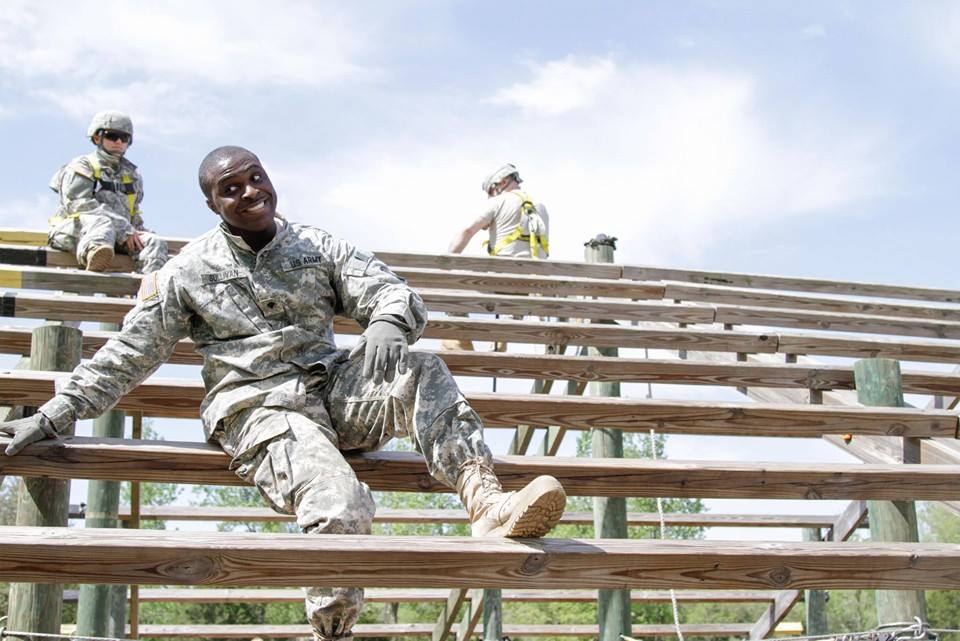 Sometimes, knowing where a person comes from is the best way to find the direction he’s headed in.

Brian Sullivan grew up all over the place. He didn’t get to spend a lot of time with his dad in his younger years, but he was able to keep in touch while being raised by his mother and grandmother. Tomorrow, Sullivan is going to make his professional MMA debut at Paramount MMA 8. So, how exactly did he get from Illinois to Colorado?

“I was born in Illinois, and I lived there through third grade,” Sullivan told Combat Press. “Then, we moved to Des Moines, Iowa, but we bounced back and forth from Iowa to Illinois, and then my grandma finally settled in Gaffney, South Carolina, and that’s where I like to claim where I’m from, because that’s where I actually grew up, settled in, and made friends and actually got to know people. We moved there when I was in fifth grade, and we lived there ever since.

“My dad was a military guy, so my mom and dad weren’t really together. I was with my mom for most of my life, but I would see my dad for my birthdays and stuff like that. We didn’t really get to know each other, so the day I graduated, he came to my graduation, and said, ‘I really want to get to know you a little better.’ He had just retired from Fort Carson and settled in Colorado Springs. He told me I should come out here for college, and I wouldn’t have to commute or pay that much for college, so I came out here.”

About eight years after he landed in South Carolina, Sullivan was on the move again. He took his dad up on the offer and moved out to Colorado Springs. However, the college thing wasn’t really for him, so he ended up following in his dad’s footsteps. It was a decision that took him to Texas.

“I wasn’t really focused in the beginning of my college career, so I joined the Army Reserves, and my unit was stationed out here, but then I got married, and she was dual-service military, so I went where she went,” Sullivan explained. “She went to Fort Hood, and I went to the facility and met some guys, and it was all she wrote ever since.”

Sullivan’s marriage didn’t end up working out, but the move to Fort Hood changed his life. While he grew up wrestling, this was his foray into other combat sports.

“I started with MMA through Army Combatives,” Sullivan said. “I was an Army Combatives instructor at Fort Hood, and all those guys, like Colton Smith and Tim Kennedy, they were instructors, so I went to a couple Combatives practices with them, and they wanted me to be an instructor, and I just fell in love with the sport. All of those guys that were instructors, they were training outside of that, and I was just a wrestler — but I was a tough wrestler — and they brought me under their wings and taught me striking, jiu-jitsu and submissions, and I fell in love with it.

“I started out with the Fort Hood fight house in Texas, but then I moved out here [to Colorado], because my unit is out here. I started training with Gilbert Smith, and I took a few fights under Gil, and then I was introduced to Jeremy Kimball through Team Wildman, through Thomas Denny, and me and Jeremy just hit it off. We were best friends since we met. So, he let me come into his gym a couple times, and there were smaller guys with Shin Gi Tai, so I had that conversation with [Smith] that there were just a lot of heavier guys that weren’t giving me the look that I need, so [Smith] gave me his blessing and I started training full-time with Jeremy. We have some of the best lightweights this state has seen, so those guys are pushing me to the limit.”

Sullivan’s first pro fight will be at the Magness Arena on the campus of the University of Denver, about an hour north of his home gym. His opponent will be Joey Banks, a Denver native who has been in and out of the local fight scene for the last several years.

“I’m super excited,” Sullivan said. “It’s a long time coming. I always felt like I had the skill to make that next step. I just had other life events that kind of got in the way. Now, I’m focused and I’m training very hard for this one. I’m focused, and this is the best I’ve felt going into any camp.

“I know Joey’s a tough dude, man. He’s pretty fast. He has good technique when it comes to his striking. I’ve seen him finish a guy with a triangle choke, but I don’t really know much about his ground. He’s going to bring a stand-up war. He’s going to come out and punch hard. He’s going to try to be fast, but I know I’m faster than him.”

Paramount MMA has done a fantastic job of putting on great events in Denver. This one should be no different. The promotion is spearheaded by UFC vet Tony Sims and his partner, Dennis Jackson. As a fighter himself, Sims has done this right from the beginning, and you can see that reflected in the sentiment of the fighters.

“I plan on staying consistent, and if I put on a good show for Tony and he wants to bring me back, I’d be more than happy to come back for Tony,” Sullivan said. “He’s been nothing but a pleasure to work with this entire time. If I have a question, I email him, and he emails me back pretty fast and pretty consistently. He doesn’t tell me to talk to my coach. He likes to integrate with the fighters, because he comes from being a fighter. He’s a fighter that’s now a promoter, so he knows what we’re going through. So I’d love to keep doing business with Tony.”

Sullivan has big hopes for his future in the sport. The fight with Banks will be a great test for how he stacks up against the local competition. Banks is coming off a submission loss in March, following a four-year hiatus. The ring rust should be off now, and he will be looking to make a statement over Sullivan. Sullivan is locked, loaded and ready to shine, though. On Friday night, fans can tune into 9news.com to see what direction the Colorado Springs fighter will be headed next.

“Expect fireworks, man,” said Sullivan. “A lot of movement. I can really take the fight anywhere, to be honest. I don’t want to sound cocky, but I’m very, very fast. I don’t hit very hard, but I hit you a lot. So, expect to see punches in bunches, a lot of combinations, a lot of movement, and if he wants to take it to the ground, we can do that. That’s not the initial game plan. I can’t give out all the secrets, but expect a show.”

Sullivan would like to thank his sponsors: Z’s Platinum Cuts and Advanced Bail Bonds. He would also like to thank Jeremy Kimball, Ernest Kimball, the entire Shin Gi Tai Slaughterhouse team, his family, his girlfriend, his fans and his other supporters. Follow Brian on Twitter: @Brian_Thee_Lion and Instagram: @Brian_Thee_Lion
Advertisement