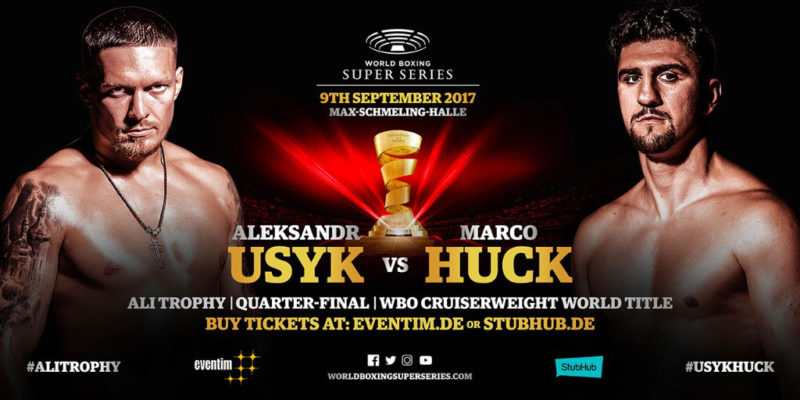 In the evening’s main event, WBO world cruiserweight Oleksandr Usyk put his title and undefeated record on the line against IBO world cruiserweight titleholder Marco Huck. A 2012 Olympic gold medalist, Usyk, won the WBO world championship with a decision victory over the previously unbeaten Krzysztof Glowacki in 2016. Ukraine’s Usyk, had since defended the title against Thabiso Mchunu and Michael Hunter. Huck, who now resides in Germany, defended the WBO cruiserweight world championship 14 times from 2009 to 2014.

The event aired live at 2 p.m. ET on Super Channel (Canada). Check back following the event for the full results.