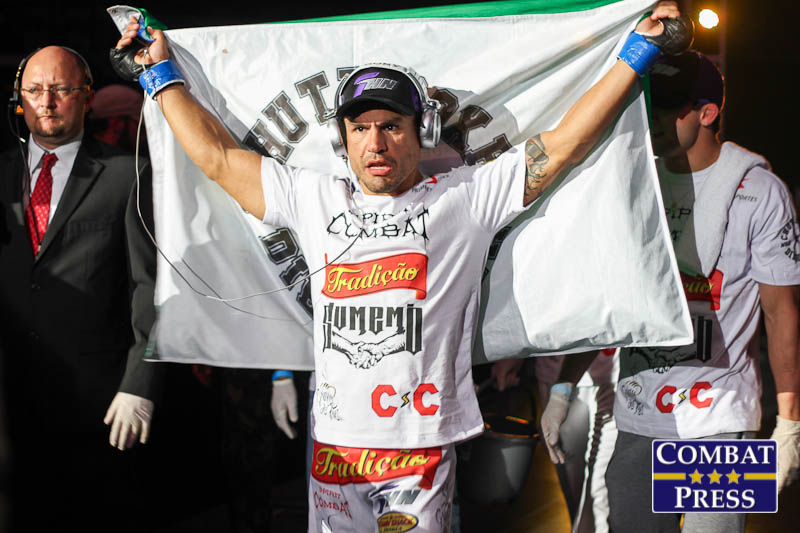 Florida MMA is about to transcend to another level.

It took the UFC nearly a decade to come back to Tampa, where it touched down in April 2016. Bellator hasn’t been to the Tampa area since 2013. The World Series of Fighting, now renamed as the Professional Fighters League, last came in 2015.

For the past few years, Tampa Bay’s professional MMA market has been solely on the shoulders of the Real Fighting Championships organization, run by Joe Valdez. The amateur scene in this area has produced many future UFC fighters, including Alex “The Spartan” Nicholson, “Platinum” Mike Perry, Geane Herrera and even Sarah “Chucky” Kleczka, who will be making her Invicta Fighting Championships debut later this month. It’s long overdue that another organization started showcasing and capitalizing on this rich talent pool. Enter John Prisco.

Prisco’s name is nearly synonymous with MMA. He started the XFC in 2006 in the Tampa Bay area and expanded it into various states across the country. In total, the XFC held nearly 30 events and showcased future talent across the board. Prisco has been out of the limelight for a while, but he created waves when he announced his return to the MMA world with a bang and a new family in tow, Alliance MMA. Prisco, along with V3Fights founder Nick Harmeier, will be holding V3Fights 61 this Saturday, Aug. 19, at the Tampa Convention Center. It’s a huge push for MMA and the area itself.

V3Fights 61 will be a pro-am event, meaning that both professional and amateur fighters will be featured on the card. This format allows established professionals and rising amateurs to share a stage.

In the main event, Billy Quarantillo, a former cast member of The Ultimate Fighter 22 who now holds a 9-2 record, will take on former Bellator lightweight Eric “It’s A Wrap” Reynolds, whose career mark stands at 17-9. This is the fight to watch. Quarantillo admitted recently that he turned down a short-notice opportunity to participate in Dana White’s Tuesday Night Contender Series. It’s a bold move and shows Quarantillo’s respect and humility toward the promotion and promoter he will be competing for this weekend. However, Reynolds has the experience factor on his side.

The co-headliner features Rashaun Spencer against Reggie Pena, whose most recent victory came against UFC welterweight Sabah Homasi. Pena was able to dispatch of Homasi via a second-round TKO. Pena is a former XFC vet who competed at XFCs 2, 3, 14, 17 and 24. He only suffered defeat once during his XFC tenure. Spencer, on the other hand, will be looking to avoid making it three losses in a row.

Other notable fighters on the professional side of the card include David Mundell and former Titan FC flyweight Abidel “The Nightmare” Velazquez.

The amateur portion of the card features three undefeated fighters, as well as one who will be making his amateur debut. The amateur fighter to watch is Emmit Rigby, who has finished three of his four amateur bouts by some form of knockout. Rigby also has an armlock finish on his resume.