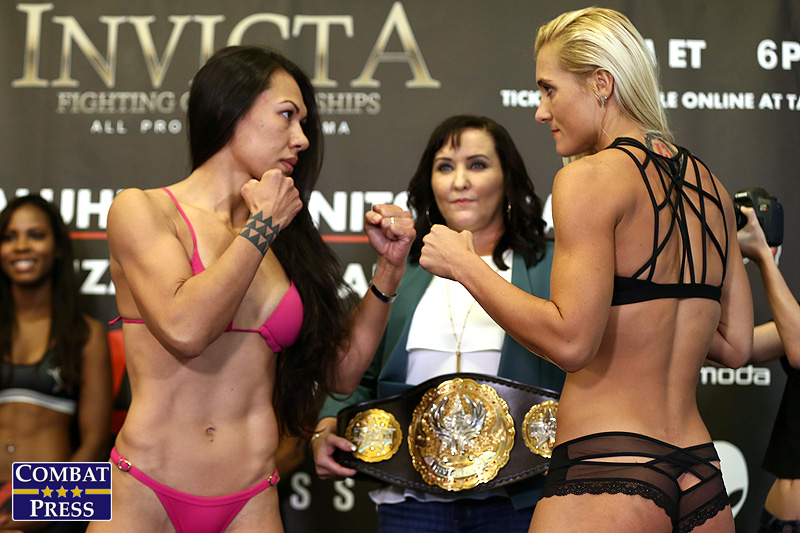 On Thursday, Aug. 31, Invicta Fighting Championships will host its 25th event from the Tachi Palace Hotel and Casino in Lemoore, Calif.

In the night’s main event, the promotion’s vacant bantamweight championship will be on the line between Hawaii’s Raquel Pa’aluhi and Russia’s Yana Kunitskaya. Pa’aluhi enters the title affair having won four of her last five, with the lone defeat coming via split decision. Kunitskaya will get another crack at gold, having fallen short against long-reigning champion Tonya Evinger earlier this year at Invicta FC 22.

The nine-fight event kicks off Thursday at 9 p.m. ET, with the entire card streaming live on UFC Fight Pass.

The fighters hit the scale at 8 p.m. ET on Wednesday. For the full results, click here. Below is a photo gallery of the weigh-ins shot by Dave Mandel for Combat Press. Click an image for a larger version.