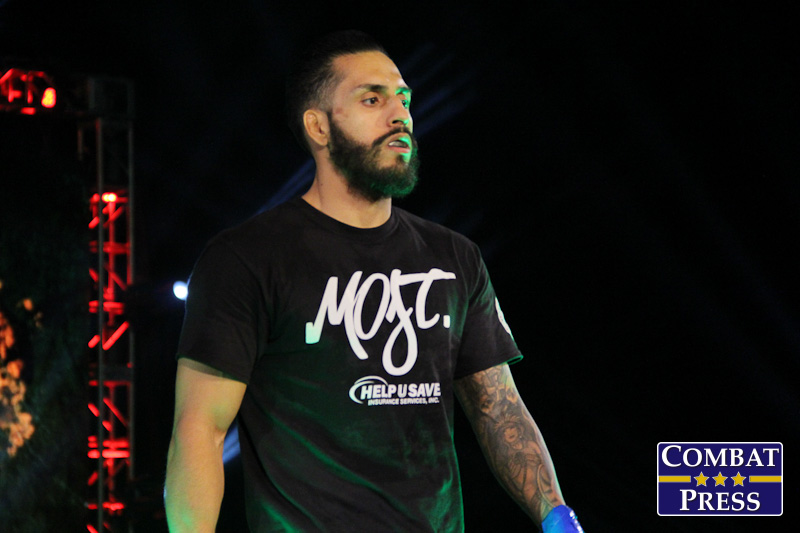 Bellator 182: The Undercard Will Steal the Show

These last two weeks have felt somewhat empty without any major MMA promotion hosting an event. Perhaps we were spoiled with 11 straight weeks of UFC and Bellator action. The drought is nearly over, though. Beginning on Aug. 25, fans are in for another stretch of seven events in seven weeks.

The first of these events is Bellator 182. The four fights scheduled for the main card on that night feature Bruna Ellen against Veta Arteaga, A.J. McKee Jr. against Blair Tugman, Brennan Ward co-headlining opposite Fernando Gonzalez, and Andrey Koreshkov headlining in a welterweight clash with Chidi Njokuani.

This is a free broadcast event on Spike TV, and that main card line-up of fights is solid. However, the undercard is where the best fights can be found. There is a little bit of everything on Bellator’s 182 undercard. Whether you like watching former world champions, past The Ultimate Fighter contestants, or up-and-comers, the undercard has something to offer.

Let’s highlight three fights from the Bellator 182 undercard that should be on the main card and can no doubt steal the show.

First, there’s the battle between featherweights Georgi Karakhanyan and Daniel Pineda. Not much needs to be said about this fight. If you are an MMA fan, you most certainly know these two stalwarts. Both men have been active in combat sports for over a decade. They have had tremendous success wherever they decide to display their talents. Karakhanyan and Pineda have each held titles in multiple promotions outside of the UFC and Bellator.

Despite their lengthy resumes, Karakhanyan and Pineda are each only 32 years old. They are poised to make one last run at a Bellator world title. Both guys have the endurance to go a hard 15 minutes, and they have the submission and striking skills to end the fight in the blink of an eye. We will be treated to a fast-paced slugfest that may just end up being the best fight of the night.

Second, we have middleweights Chris Honeycutt and Kevin Casey. This is yet another fight that should be featured on the main card. This match-up is very intriguing.

Honeycutt is a guy who many people thought was poised to be a superstar talent. Although his career has been slowed by injuries, “The Cutt” is only 29 years old and boasts an impressive record of 9-1.

On the other side of the cage stands a veteran in every sense of the word. Casey has been in the fight game for well over a decade. He has literally seen it all before. “King” Casey was a member of the TUF 17 cast, and he even competed against the late Josh Samman in the finale. At 36 years old, the Rickson Gracie protégé isn’t looking to waste any time en route to the top of the middleweight division. He is looking to fight the very best Bellator has to offer.

This fight could end with a highlight-reel knockout. As for which fighter gets the W, we must wait till Aug. 25 to find out.

The matchmakers got this one right — this fight belongs on the undercard. However, assuming Lahat wins, rest assured he will be competing on the main card in the future. Lahat is a four-fight veteran of the UFC, and this will be the third time he has made the walk to the Bellator cage. He has competed on the biggest stage before and not missed a step. The Israeli native has fighting in his DNA. “Neo” has been fine-tuning his skills at the American Kickboxing Academy in San Jose, Calif., for over seven years now.

Corrales has taken a different route in his MMA career. The King of the Cage veteran is looking to show everyone why he is the next big thing in the featherweight division. The only three blemishes on his record came courtesy of Daniel Straus, Emmanuel Sanchez and Patricio Freire.

This fight has all the makings of a 15-minute war.

Bellator 182 contains 13 preliminary-card fights in total. While most fans will have their sights set on the four-fight main card, don’t count out these prelim fighters from putting on a real show.