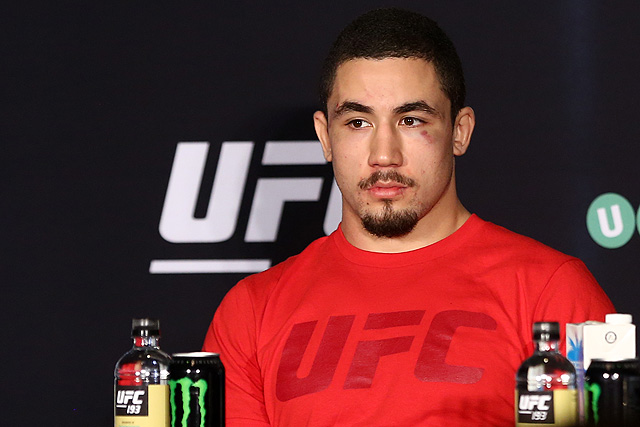 On Saturday, July 8, the UFC will host UFC 213: Romero vs. Whittaker from the T-Mobile Arena in Las Vegas.

The event was expected to be headlined by women’s bantamweight champion Amanda Nunes, who was slated to rematch Valentina Shevchenko. The pair met previously at UFC 196, with the Brazilian Nunes taking home a unanimous decision win. However, Nunes was forced from the event on fight day.

As a result, the interim middleweight title bout between Cuban Yoel Romero and New Zealand native Robert Whittaker will take the night’s top billing. The 40-year-old Romero enters the match-up with Whittaker having won eight straight bouts inside the Octagon. The Olympic wrestler has scored knockout finishes in 10 of his 12 career wins. Whittaker, meanwhile, rides a similar wave of momentum. The 26-year-old has won seven straight bouts, including a second-round TKO finish of former Strikeforce titleholder Ronaldo “Jacare” Souza at UFC on Fox 24 in April.

Above is live video of the event’s post-fight press conference which kicks off approximately 30 minutes after the main event between Romero and Whittaker comes to a close (courtesy of the UFC).