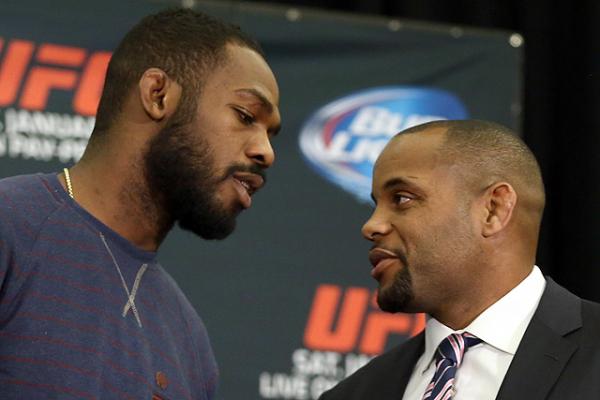 MMA Rankings: Only an Illusion?

The sport of mixed martial arts has been in the fold for nearly 25 years now. MMA has fought every step of the way to become legitimate. There is absolutely no doubt the sport has made huge strides in the right direction toward the mainstream.

Fans owe a great deal of thanks to the Fertitta brothers and Dana White for having both the vision and unwavering financial support to see this amazing sport flourish.

In the four major sports — baseball, basketball, football and hockey — it’s clear who competes for the championship. Teams go through the regular season. At the end of the season, teams enter into a playoff bracket based on their win-loss records. If only it was this easy in MMA.

For so many years, big fights and title opportunities were completely arbitrary. Matchmakers like the UFC’s now-retired Joe Silva had the authority to make fights as they saw fit. Something needed to be done, however, to further legitimize the sport of MMA. You can’t have one person dictating the fate of an entire organization. The answer to this dilemma was the fighter rankings.

Yet, are the fighter ranking’s any better than the old way of making fights? For instance, Daniel Cormier is set to defend his light heavyweight title against newly reinstated Jon Jones at UFC 214 on July 29. It’s fair to point out that Jones never lost the light heavyweight title, but his lengthy hiatus puts him outside of the UFC’s own top 10 at 205 pounds.

Should Jones get an immediate title fight while the true No. 1-ranked fighter in the division is actually Alexander Gustafsson? “The Mauler” had an incredible showing in his last bout against Glover Teixeira, after all.

Or perhaps the No. 2-ranked guy, Jimi Manuwa, should get the shot instead of Jones. The “Poster Boy” has been on a tear lately, and, more importantly, he has remained active these last two years.

This, of course, is just one example. There are many.

The one facet of the ranking system that I can’t quite grasp is the way fighters get ranked. In the bantamweight division, for instance, Jimmie Rivera, who holds a record of 20-1, is ranked fifth by the UFC. The guy ranked right above Rivera at No. 4 is John Lineker, who boasts a 29-8 mark and has a history of missing weight. Does this make any sense?

In certain instances, it’s logical to book a fighter with a big name in an attempt sell more pay-per-views or promote the fight, but for the sake of the sport the rankings should be provided by an official governing body that has no monetary stake in the fighters.

It might not be easy, but it can be done. There are no legal issues holding this initiative back, perhaps just some egos to quell. As MMA continues to make strides toward the mainstream, it’s imperative that a clear-cut ranking system needs to be ushered in. It benefits both the fans and the fighters.